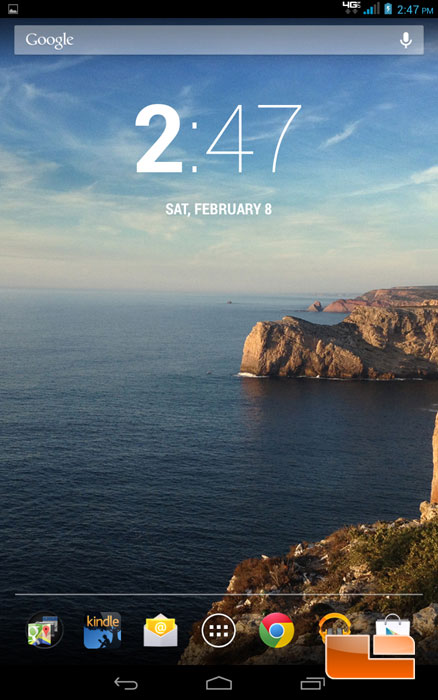 The home screen of the Verizon Ellipsis 7 4G LTE tablet has a great screen shot of some where that looks considerably more attractive than here in Chicago right now. Along the bottom of the screen we have the featured apps like google maps, Kindle, mail, Chrome, music, and the Google Play store. Just below the apps we have the back button, home button, and a button that displays all of the open windows. 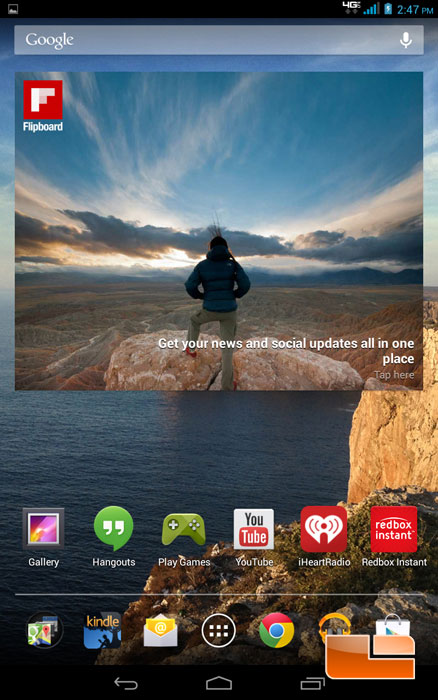 Flipping through the various apps and widgets of the Verizon Ellipsis 7 4G LTE tablet it’s mostly the typical applications found on Android devices. There are a couple of Verizon specific ones though, namely the Verizon Messages, and the VZ Navigator. The Verizon Messages application is pretty much what you think it is, a text messenger for your Ellipsis 7 tablet. Using the Verizon Messenger you can stay connected with all of your devices, including the PC and Apple products. The VZ Navigator is also just what you think it is, a navigation unit for your Verizon devices and is available for Android, Apple, and Windows phone 8.

There isn’t anything out of the ordinary looking at the settings and about page of the Verizon Ellipsis 4G LTE tablet. On the About Tablet page, it does confirm the model number (QMV7A)