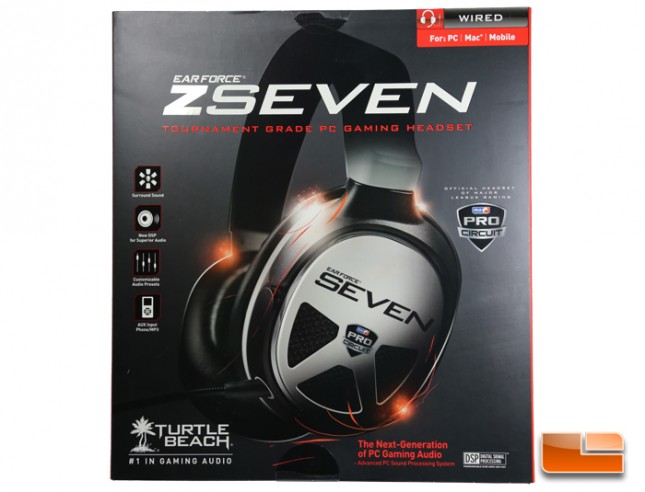 Turtle Beach is perhaps a name better known amongst console gamers since you can easily find their Ear Force lineup of headsets somewhere close to where the boxed console games are in certain stores. Most Turtle Beach Ear Force headsets are compatible with computers or any electronic device with a 3.5 mm jack nonetheless because most gamers or even most people make due with one set of headphones for all their devices. The Turtle Beach Z SEVEN we have for review is actually part of a much larger family of SEVEN headsets. The Z SEVEN is posited as the version for PCs and Macs, the XP SEVEN drops the computer compatibility and goes for Xbox 360 and PS3 compatibility, The M SEVEN is the mobile variant, and the XO SEVEN is the first third-party headset compatible with Xbox One. Then there’s also a bunch of limited edition SEVEN headsets with alternate earcup decorative plates themed after games and movies such as Captain America, Thor, Call of Duty: Ghosts, and Titanfall.

Despite the compatibility and incompatibilities that happen out of the box, the headset itself across all named versions is the same. The M SEVEN and XO SEVEN are perhaps the most basic versions and are packaged with the minimum number of accessory cables for their operation. The Z SEVEN and XP SEVEN are the versions that comes with the Audio Control Unit, an external sound card while the latter, the XP SEVEN, includes an additional console interface adapter. 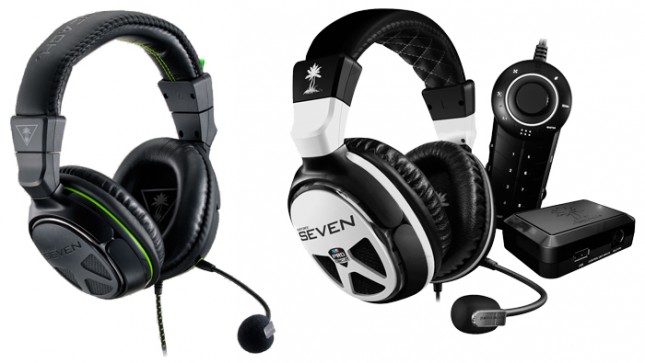 This doesn’t mean we’re actually reviewing all the Ear Force SEVEN headsets, but because the headset is more or less the same, some overarching generalizations can be and will be made. All Turtle Beach headsets come with a 1-year warranty and the Z SEVEN can be purchased at Amazon for $212.06 shipped. 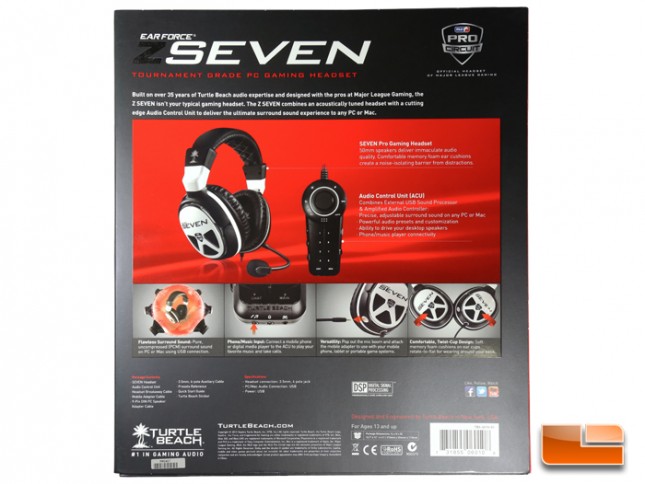