Taiwan Semiconductor Manufacturing Co. (TSMC) is at ARM TechCon showing off 20nm Soc and 16nm FinFET-based development wafers. The 20 and 16nm nodes both posed significant hurdles for TSMC, so to see wafers being produced on those nodes is a good sign. The 20nm node is the first to use double patterning, requiring more masks and additional runs under an immersion lithography machine. The 16nm node represents TSMC’s first use of FinFETs (multi-gate or tri-gate architectures) for even lower power use and higher performance. 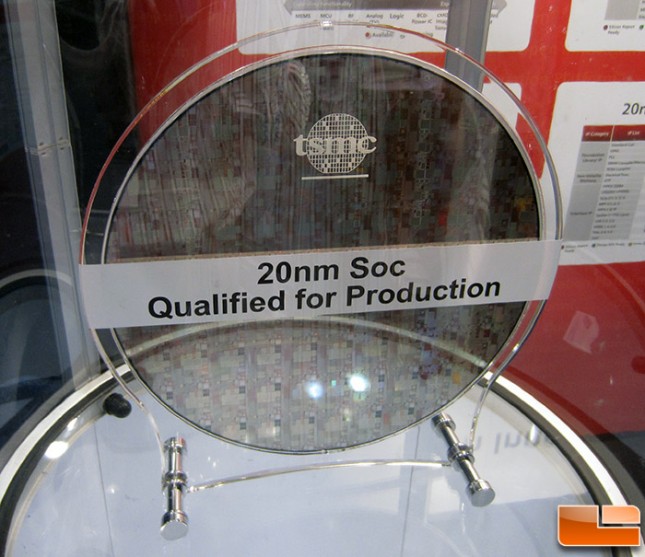 TSMC has taped out several 20nm HKMG processor designs and is ready for volume production in early 2014. TSMC expects to let customers start designing and taping out 16nm FinFET chips before the end of the year and production 16nm FinFET wafers to enter production a year later in Q1 2015. 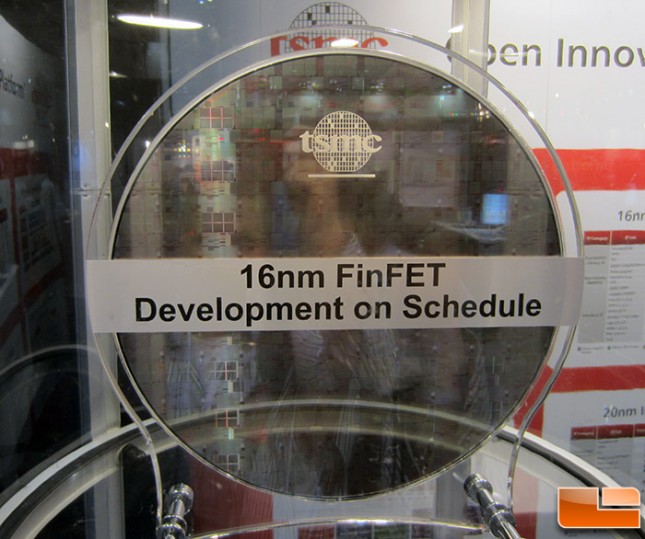