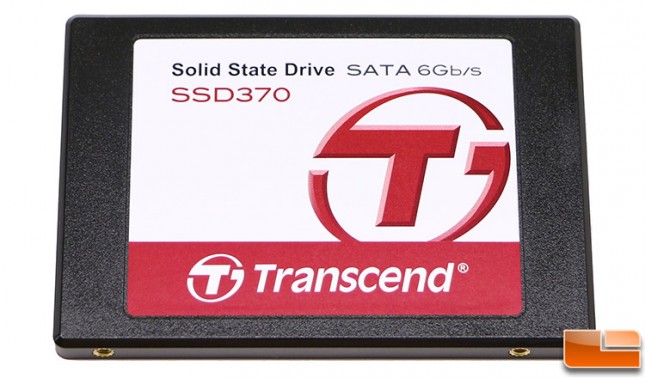 When the Transcend SSD370 review sample came in the mail we weren’t sure what what capacity we would be getting. We assumed it would be one of the larger capacities, but when we opened the box we found the 128GB drive. When looking at the specifications for the first time and seeing 570MB/s read and 170MB/s write it would leave almost anyone with mixed feelings.  The overall read performance is solid, but 170MB/s sequential write speeds isn’t much better than what high-end hard drive can do. The price point on the Transcend SSD370 128GB is just $69.99 Shipped and for that you can overclock the not so impressive write speeds. If you dig down a little deeper the 40k IOPS for random write (4KB QD32) isn’t really that bad and is a heck of an improvement over traditional hard drives. You have to keep in mind that this is a budget SSD aimed at those building budget systems or maybe those looking to upgrade to an SSD for the first time.

Overall performance of the Transcend SSD370 128GB SSD was found to be solid on both of the systems that we tried it out on. We found 546MB/s read and 164MB/s write on the CrystalDiskMark sequential storage drive test on our SATA III system and when on a SATA II interface we got 256MB/s read and 164MB/s write speeds. The drive greatly improved system feel and peppiness over a 5400 RPM notebook hard drive that was in the Intel NUC and we found the Transcend SSD migration utility (SSD Scope Utility) worked flawlessly to get our Windows 7 installation moved over from the old hard drive to the new SSD. If you were wanting to try a Solid-State Drive for the very first time and don’t want to spend a ton of money, drives like the SSD370 are certainly worth the risk.

When it comes to pricing you are looking at $0.44 to $1.49 per GB depending on the capacity of drive that you are looking at purchasing. The 32GB and 64GB drives don’t have impressive read/write performance numbers and cost over $1 per GB. If you are looking at buying a Transcend SSD370 series drive we highly recommend looking at the 128GB or larger as the entry point drive. The data that we have been shown recently still has 128GB and 256GB drives being the most commonly purchased SSD capacity in the market. It makes sense that 128GB drives are the most popular capacity still as if you aren’t playing games and storing a ton of movies and music, 128GB is all you really need to get by. 256GB drives are still the capacity that we’d suggest going with as you want to have some room for future expansion and the write speeds nearly double on this particular drive when you go from 128GB to 256GB.

All Transcend SSD370 drives are are backed by a 3-year limited arranty, which is pretty much the normal length of time for a budget SSD. Transcend does have a clause in their warranty though that states that the 3-year warranty does not apply if SSD Scope’s utility shows that the wear-out indicator shows 0% during the warranty period. So, basically if you wear out the drive by writing a ton of data to it, you won’t be getting a new drive as the old one wore out and didn’t fail.  How much can you write to the drive before it hits 0% on the wear-out indicator? We asked and found out that out 128GB drive had an endurance rating of 150,000GB or 150TB. That is a fairly significant amount of data that can be written to the drive before it. You’d have to write 137GB of data to the drive a day for three years to exceed the endurance rating, which is tough on a 128GB drive!

Overall the Transcend SSD370 series of 2.5″ SATA III 6Gb/s drives appear to be pretty solid and we’d recommend them to our readers if the performance numbers are okay and price is right. If you are one of those people that refuses to pay more than $0.50 per GB and ideally is looking to spend $0.30 to $0.40 per GB, be sure to keep an eye on this drive as it is bound to go on rebate or special in the months ahead.

Legit Bottom Line: The Transcend SSD370 128GB drive is affordable with respectable performance and supports things like TRIM & DevSleep. To help sweeten the deal it also comes with cloning software and even has a 3.5″ desktop drive bay adapter.