Toyota has landed itself in the pages of the Guinness World Records book landing a record for the longest distance driven by a hydrogen fuel cell vehicle without refueling. Toyota filled the hydrogen fuel tank with 5.65 kilograms of hydrogen, which took five minutes. The vehicle then set off on a trip that would see it drive 845 miles on a full tank without refueling.

To verify that Toyota wasn’t pulling any shenanigans, an adjudicator from Guinness World Records sealed the tank with an official seal that was checked before and after the driving took place. One of the coolest things about the trip was that over the entire 845 miles, the vehicle produced only water as an emission. 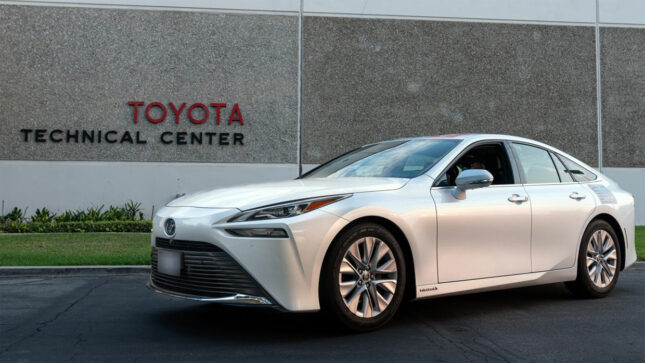 Comparatively, a normal combustion-powered vehicle would have produced 664 pounds of CO2 for the same driving distance. The record did require drivers that were skilled in hypermiling techniques.

The driving loop used for the world record attempt happened on public streets in and around California. The trip also involved sitting in rush hour traffic as well as driving the famous Pacific Coast Highway.