When we think of Toyota, most don’t automatically think about sports cars. Sure, it has the Supra and 86, but it’s mostly known for vehicles like the fuel-sipping Prius and family hauling Camry. It may surprise some that with so few sports cars in its lineup, Toyota does participate in all manner of motorsports.

One of the motorsports it participates in is NHRA drag racing. In the Funny Car division, Toyota raced a Funny Car based on the Camry last season. For the 2022 racing season, Toyota has revealed its new Funny Car, and it’s based on the GR Supra. 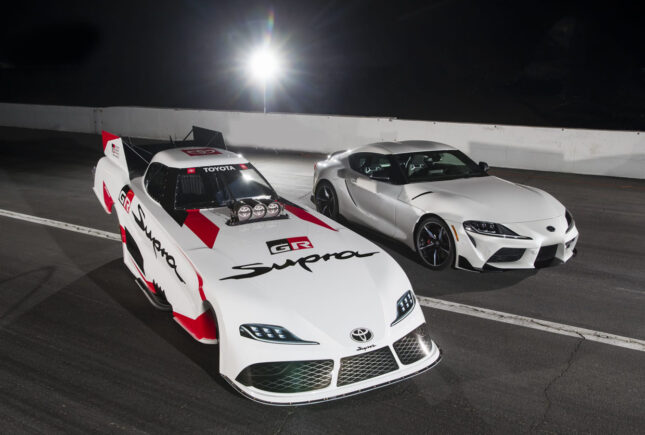 When we say “based on,” it’s always used very lightly when it comes to Funny Cars from any manufacturer. A Funny Car looks nothing like the production vehicle it’s based on, but it makes much more sense to have the Supra as the basis for the racing car than the Camry.

Presumably, other than changing the body shell of the Funny Car, it will be mostly the same underneath. For the 2021 season, the Funny Car Toyota raced reportedly made up to 11,000 horsepower.