This has been a pretty busy month for the computer supply company TigerDirect. The two South Florida brothers that were once top executives with the Systemax Inc. owned company were sent to prison last Tuesday after pleading guilty to federal charges for accepting millions of dollars in bribes and kickbacks from companies doing business with them. We also heard late last week that Canadian entrepreneur, investor, and television personality Kevin O’Leary was signed on to help TigerDirec sharpens its focus on business-to-business operations. That news came out just days before the company reported that their consumer channel sales declined 1.6% to $260.4 million in U.S. dollars for the period ending in December 2014. During the same earnings call it appears that Systemax Inc. announced that they would be making some serious changes with regards to the TigerDirect retail stores it owned.

Systemax chairman and chief executive Richard Leeds made the following statement during a call with analysts.

“After an extensive review and planning process, we are taking actions immediately to accelerate our B2B and public sector customer focus in our North American Technology Products business. These actions will include the exit of substantially all retail store operations; closing a distribution center; and implementing a general workforce reduction to realign our resources solely with our B2B focus. We have engaged Gordon Brothers to assist with the retail store process and anticipate that all of these actions will be completed by the end of the second quarter.”

It appears that TigerDirect will be closing a distribution center and 31 of its 34 stores. The company will also lay off an unspecified number of workers and from what we can tell they are already starting the shutdown process by placing everything in in their stores on sale. The only stores that are going to be left open are in Miami, FL, Jefferson, GA and Guanynabo PR.
If you happen to live by one of the brick-and-mortar locations that is closing you might be able to get in on the store closing sales that began today. 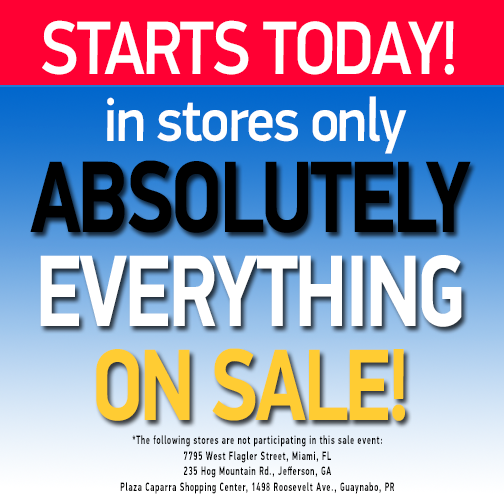