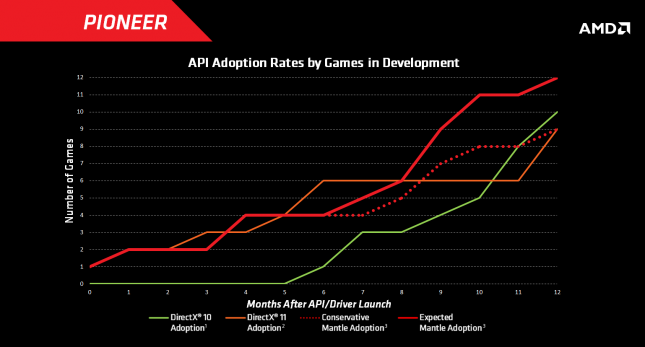 The latest title from the Battlefield series, Battlefield Hardline follows Nick Mendozas journey on a cross-country vendetta against once-trusted colleagues of the force.

Dragon Age: Inquisition is the newest entry from the classic series from BioWare. In this outing, legendary heroes look to restore order as you lead the Inquisition and hunt down the agents of chaos. BioWares latest action-adventure delivers an unparalleled story set in a vast, changeable landscape. Explore hidden caves, defeat truly monumental creatures, and shape the world around you based on your unique play style.

“With more than 50 active developers now supporting Mantle, were excited to see how quickly our teams vision has come to a critical mass,” said Ritche Corpus, director of ISV gaming and alliances, AMD. We launched our Mantle API with EAs Battlefield 4, and to see it expanding into more blockbuster titles from EA is very exciting.

AMD (NYSE: AMD) designs and integrates technology that powers millions of intelligent devices, including personal computers, tablets, game consoles and cloud servers that define the new era of surround computing. AMD solutions enable people everywhere to realize the full potential of their favorite devices and applications to push the boundaries of what is possible. For more information, visit www.amd.com.