This Is The Most Affordable McLaren Elva

McLaren makes some incredibly expensive supercars with nothing wearing the brand name being considered affordable. One of its coolest cars is the McLaren Elva, which is an open-top speedster. The car is extremely rare and incredibly expensive, but you can own a blocky version from Lego for 17.99.

The new Lego Speed Champions McLaren Elva has been announced for the UK, and presumably, it will be available in other parts of the world. The building kit has 263 pieces and builds a highly detailed and accurate replica of the Elva sports car. The build kit features a wide chassis with a two-seat open cockpit. 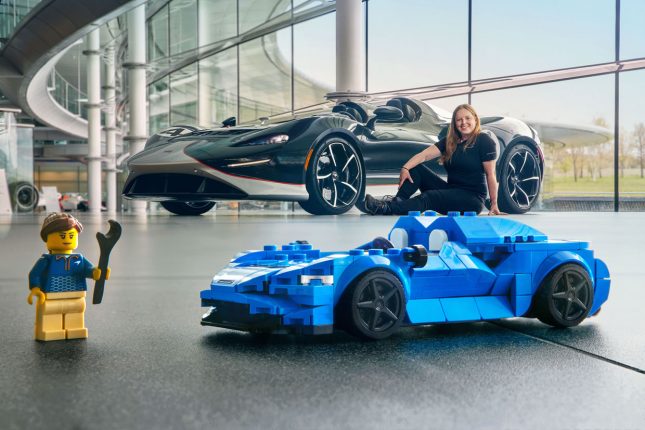 Lego integrated lots of authentic detailing from the Elva, including the Active Air Management System vents that make the car innovative and unique. When completed, the Lego Elva measures 1.5-inches high, six-inches long, and three-inches wide. Lego says the car is perfect for being built and put on display or played with.

We’ve always been particularly thrilled to build Lego cars and then smash them into the wall only to rebuild them and repeat. The build kit is available starting this month in the UK from the Lego website and other retailers.