Third-Generation SpaceX Drone Ship Is Called “A Shortfall Of Gravitas”

SpaceX has been landing and reusing its first-stage rockets, called Falcon 9, for a long time. While sometimes rockets land on solid ground, other times they land on autonomous drone ships operating in the ocean. SpaceX has now taken delivery of its third autonomous drone ship called “A Shortfall of Gravitas.”

The drone ship completed its journey from Louisiana to the East Coast of Central Florida to allow SpaceX to prepare the vessel for its first Falcon 9 landing. The new drone ship appears to have several significant upgrades compared to other drone ships in the fleet. It’s described as being sleeker and more optimized than its stablemates. 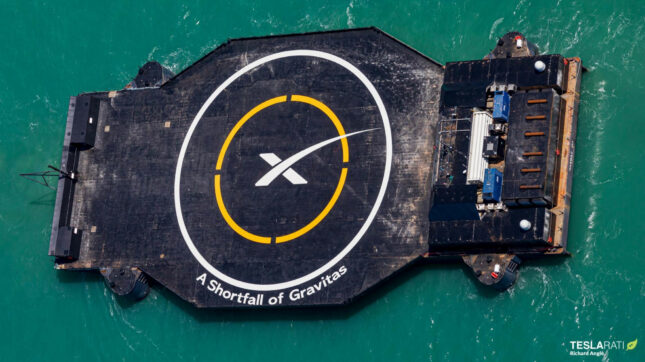 While other SpaceX drone ships have generators, power supplies, computers, and other equipment around the edges of the deck placed in shipping containers, Gravitas has the extra equipment placed inside steel bunkers. SpaceX CEO Elon Musk has stated that Gravitas is its first truly autonomous drone ship.

Previous drone ships had to be towed out to sea and prepared by a team of technicians. However, Gravitas will be able to travel several hundred miles out to sea, recover, and secure a Falcon booster using its Octagrabber robot and return to Port Canaveral without any human intervention. Musk called Gravitas the company’s first Version 3 drone ship.