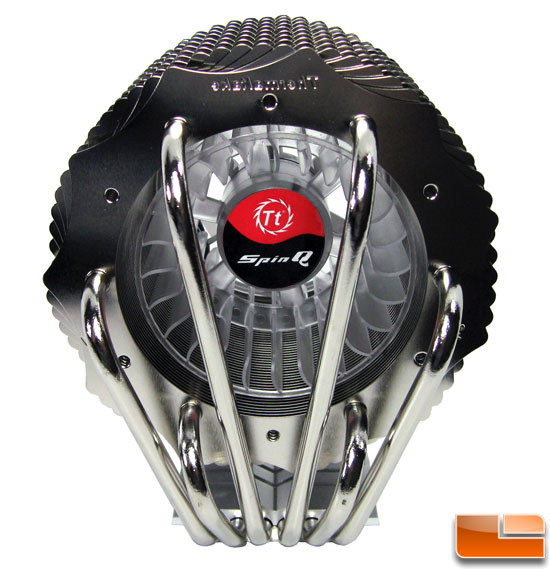 Today we have a very uniquely designed and just plain cool-looking cooler from Thermaltake, the SpinQ. The SpinQ may sound or look familiar to most readers as it is not new to this site by any means; it was first spotted in highlights of NVISION 2008, with a review here that followed in December, and again made another appearance in an LGA 1366 Roundup at the end of last May, and has been included in the testing of most CPU cooler reviews to this day. We are touching this cooler yet again as part of a Legit Reviews writer expansion project so to speak, in an effort to get more high quality articles out to you, the readers. For this article we are pitting the SpinQ against an easily accessible Rocketfish cooler found at any local Best Buy, as well as the stock AMD cooler. Now that the pleasantries are out of the way, let’s take a look at what the Thermaltake SpinQ has to offer: 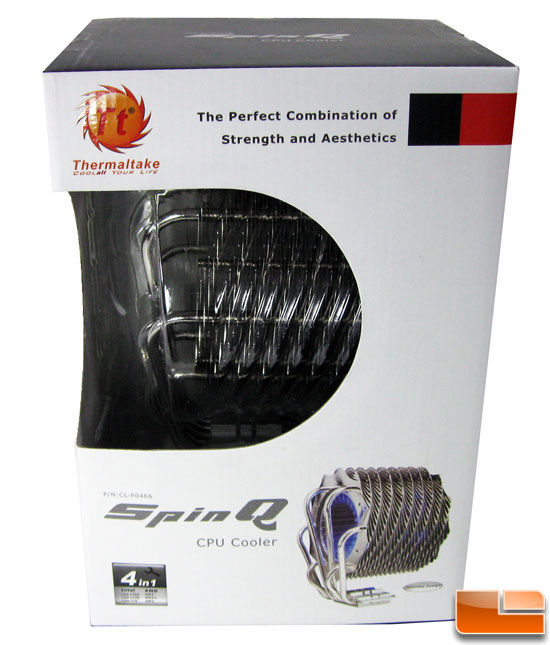 The retail box in which the SpinQ ships is a very simple design, with pictures and miscellaneous features on a white background. On the front there is a cutout which shows the side angle of the cooler in its clear plastic packaging, as well as a socket compatibility list, a picture of the lit up SpinQ, and the Thermaltake logo at the top. 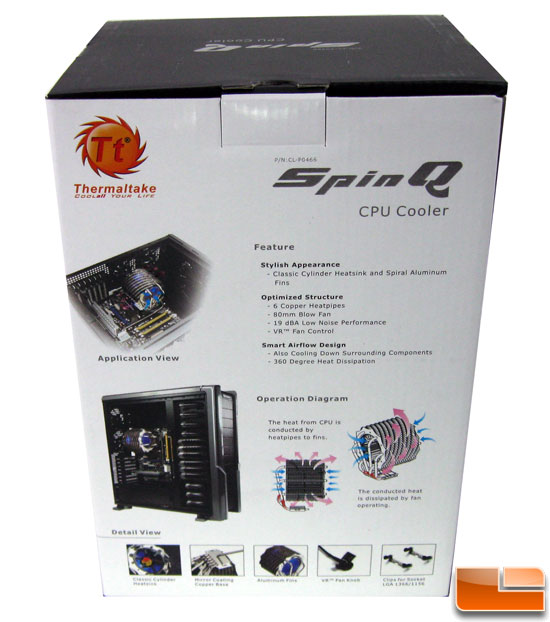 On the back side of the retail box is a features list, with several product detail pictures and an ‘Operation Diagram’ of how the design works. Note the ‘Application View’ pictures’ directionality of the cooler which I will talk about in a moment. 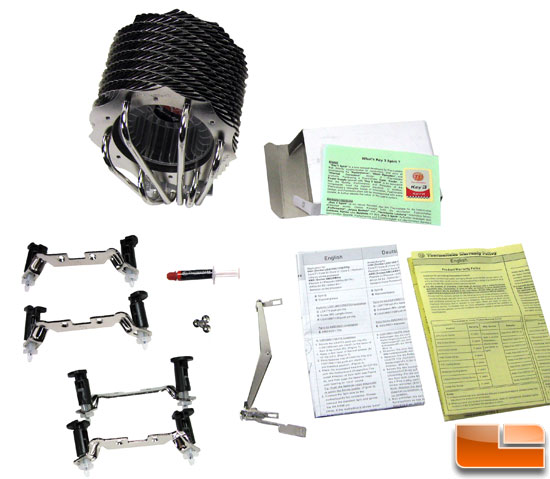 Included in the retail box of the SpinQ are two sets of push-pin brackets for Intel’s LGA 775 & LGA 1156/1366 sockets and a bracket for AMD’s 754/939/AM2/AM2+/AM3 socket. Also included is a 3.5g tube of thermal compound, the standard Thermaltake warranty information, Installation guide, and a ‘Key 3 Spirit’ sticker. The Key 3 Spirit logo represents Thermaltake’s commitment to Performance, Silent Operation, and Thermal Consciousness, as well as the fact that any product labeled with Key 3 Spirit upholds Thermaltake’s ‘Intangible Image of Innovation, Fashionable Design, and Professionalism.’ Upon opening the installation guide, I notice that Thermaltake provides a “Suggestion” of how to place the SpinQ onto a CPU, as highlighted below. 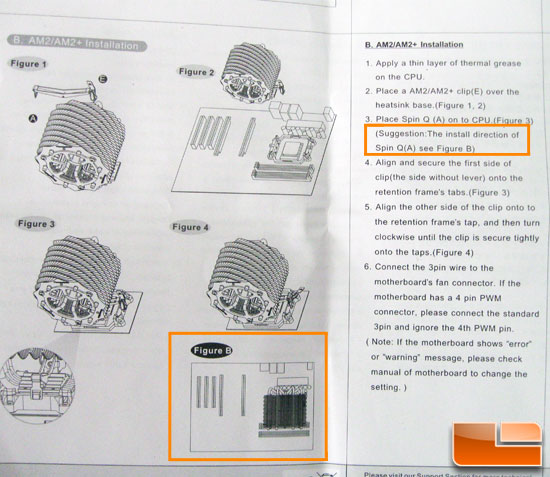 This suggestion has me confused as all product pictures on the retail box or on the Thermaltake website show the cooler facing heat pipes to RAM, not to the PWM as shown above. When facing this direction, the cooler plainly covers two memory slots on the AMD platform, and one slot on Intel platforms. I am hoping that the SpinQ can be placed in the direction shown in product pictures without sacrificing performance, as I would really like to utilize all four of my memory slots when necessary, as most consumers would also like.

Now that you’ve seen what you get in the retail box and the SpinQ’s feature set, let’s take a closer look and get on with the AM3 testing.