The Volkswagen GTI Clubsport 45 Isn’t Coming To The US

Many automakers have been pulling their cars out of the US as more and more Americans tend to prefer trucks and SUVs. VW still offers its sporty cars, the Golf GTI and Golf R in the States, but Europe gets an even cooler version we can’t get our hands on stateside.

That cooler version is called the Golf GTI Clubsport 45, and it has more horsepower than the standard GTI. Its 2.0-liter turbo four-cylinder produces 296 horsepower and 295 pound-foot of torque. Unlike the Golf R, the GTI Clubsport 45 is front-wheel-drive. 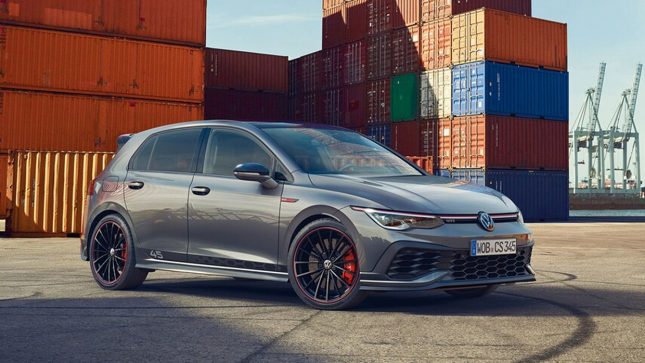 The car uses an automatic transmission, presumably of the dual-clutch variety. It rolls on exclusive 19-inch wheels painted gloss black with a red pinstripe around the rim. The car also has plenty of 45th anniversary badges and some unique touches inside and out.

Performance numbers and pricing are a mystery, but it should be a quick little ride. The interior certainly looks nice with its large touchscreen and digital instrument cluster. As close as you get to the stateside will be the standard GTI.