The US Will Finally Get The Ranger Raptor

Ford has confirmed that an all-new Ranger Raptor is coming to Europe. While European deliveries will start this summer, the US will finally get the Ranger Raptor, but we don’t know exactly when that will happen. We know that the new Ranger Raptor uses a twin-turbo 3.0-liter EcoBoost V6 rated for 288 PS and 491 Nm of torque in Europe.

Stateside that would work out to somewhere around 392 horsepower and 430 pound-feet of torque. The only transmission option is a 10-speed automatic. The new Ranger Raptor has an electronically controlled active exhaust system with four exhaust modes tailored to different driving scenarios. 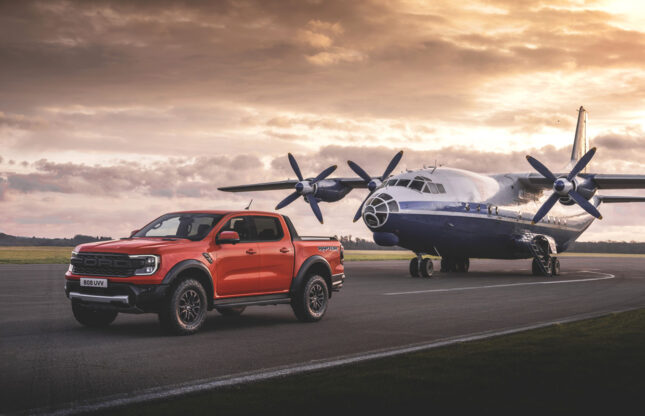 The drivetrain has an on-demand electronically controlled two-speed transfer case and locking front and rear differentials. Pricing is a mystery, but anything Raptor tends to be expensive.