The Next Lotus Sports Car Will Be Called The EMIRA

Lotus has confirmed the name for its next sports car. The vehicle will be called EMIRA, which means “commander” or “leader.” Lotus says the name of the new sports car has been hidden in plain sight in its social media teaser campaigns in recent days.

The vehicle is an all-new Lotus design inspired by the Evija all-electric hypercar. The world premiere for the EMIRA will happen on Tuesday, July 6. Prior to announcing the official name for the vehicle, it was known by codename Lotus Type 131I. 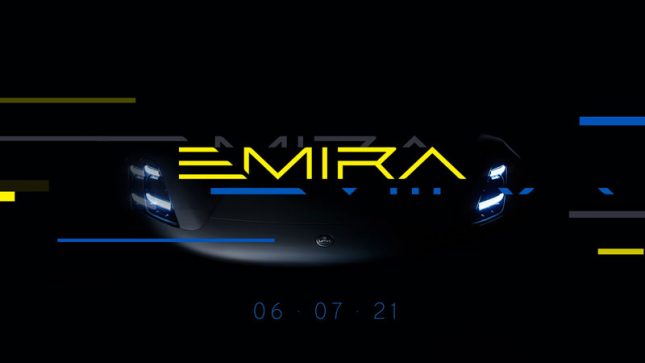 Lotus hid the car’s name in a pattern of dots and dashes designed the central line on a road in recent teaser campaigns. The automaker says anyone familiar with Morse Code could’ve spotted that it spelled EMIRA. Lotus used Morse Code in part to celebrate Samuel Morse, inventor of Morse Code, to celebrate the anniversary of his birthday.

Speaking about the Emira, Matt Windle said: ”It’s the most accomplished Lotus for generations – the perfectly packaged, powered, and formed sports car. Beautifully proportioned, shrink-wrapped, but with comfort, technology, and ergonomics built-in. With a design inspired by the Evija all-electric hypercar, it’s a game-changing Lotus sports car.”