The Mandalorian And The Child Will Hit Fortnite In Season 5

Rumors had surfaced in the past that everyone’s favorite Star Wars characters, The Mandalorian and The Child, would be part of the next season of Fortnite. It seems that their participation in Season 5, dubbed “zero point,” has been confirmed. In Season 5, players will fight a common foe known as “the loop.”

Since Grogu (Baby Yoda) goes everywhere Mando goes, he is included in the game. Players who purchase the Season 5 battle pass will also be able to unlock other characters for the game. 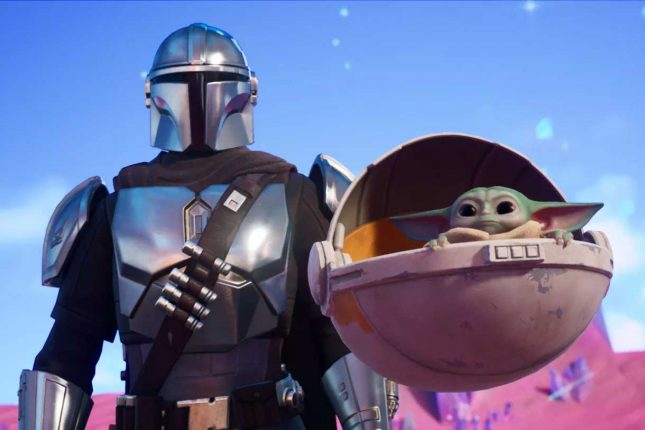 Other than new characters, new locations, including a jungle area, and a sci-fi-themed desert resulting from the zero point explosion. Season 5 also has new weapons, including the Dragon’s Breath shotgun, Mando’s sniper rifle, the Night Hawk, and others.

One of the new characters is a fighting flapjack, which is rather strange. One of the biggest additions for the new season is a quest structure. Players also earn a new form of currency known as bars. There is a suggestion that additional license characters are on the way, which has become common for Fortnite.