By Shane McGlaun • 1 week ago

After multiple weeks of being shut down due to a computer glitch, NASA has confirmed that it has finally returned to the Hubble Space Telescope to full functionality. The telescope is back in business, and NASA says it’s exploring the universe as we speak. NASA has shared new images from the telescope as well, which are seen below.

NASA was able to recover the telescope from a computer anomaly that suspended operations for over a month. Science operations resumed on Saturday, July 17. The problem was with the Hubble payload computer, which controls and coordinates its onboard science instruments. On June 13, the payload computer stopped operating. 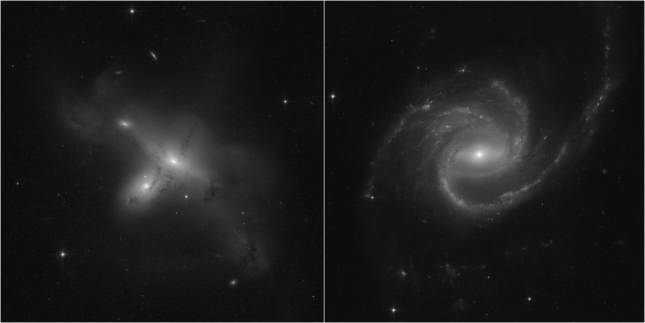 Multiple attempts to switch the telescope to backup hardware failed. Repairing the telescope involved Hubble alumni that worked on the telescope over its 31 years in orbit. Investigations into repairing the issue also required NASA personnel to dig up documents that were 30 to 40 years old.

The switch required 15 hours of spacecraft commanding from the ground. The main computer had to be turned off, and a backup safe mode computer temporarily took over the spacecraft. Several boxes also had to be powered on that were never turned on before in space, and other hardware needed their interfaces switched, said Jim Jeletic, Hubble deputy project manager at Goddard. There was no reason to believe that all of this wouldnt work, but its the teams job to be nervous and think of everything that could go wrong and how we might compensate for it. The team meticulously planned and tested every small step on the ground to make sure they got it right.