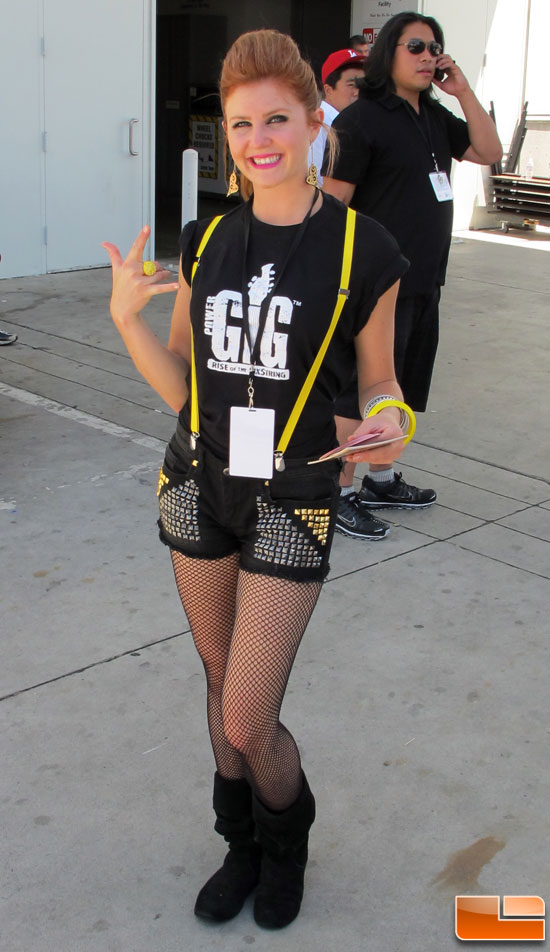 The Snooki Bump was alive and well at E3 2010, but we couldn’t find Nicole ‘Snooki’ Polizzi anyplace during the show. This booth babe was promoting Power Gig: Rise of the SixString, which the company thinks will be the next evolution of band-based music games. By rocking with the SixString guitar controller, players experience more authentic and immersive gameplay. Did we mention the Snooki Bump? 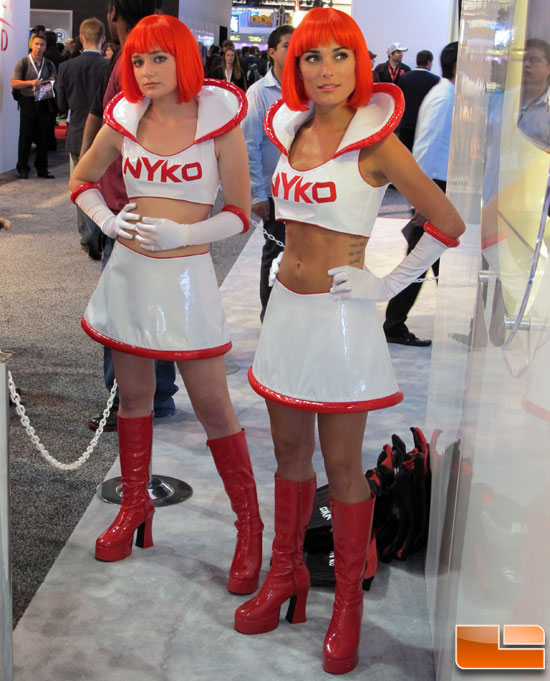 These Nyko booth babes look like they came straight out of the movie The Fifth Element, but that doesn’t bother us!  The gloves look like someone rolled condoms up their arms, but alas the girls are hot. That side tattoo had to be painful! 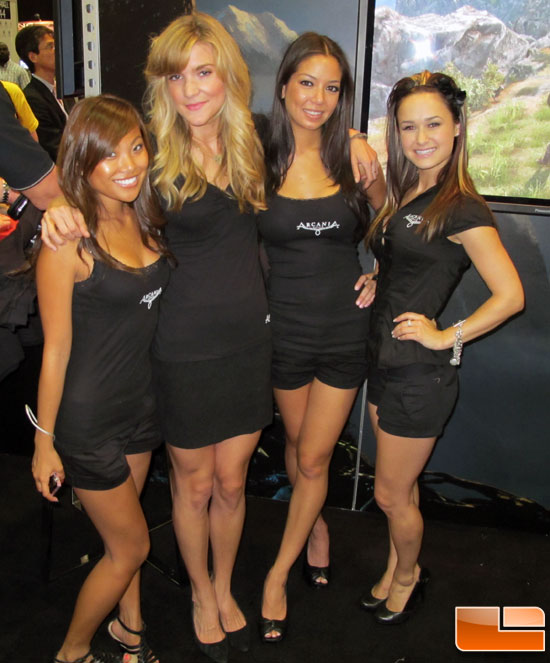 Arcania: Gothic 4 is the fourth installment of the Gothic series and is slated to be released released in the fall of 2010. Would it make any sense not to have four booth babes for Arcania: Gothic 4? 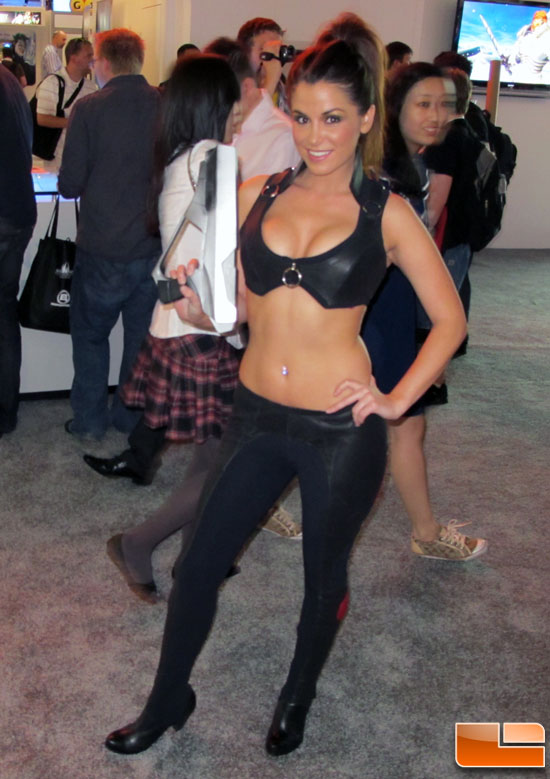 Dear lord! What do we need to do for her to say stick em up?  We need to be patted down and strip searched and trust us, we are packing heat. 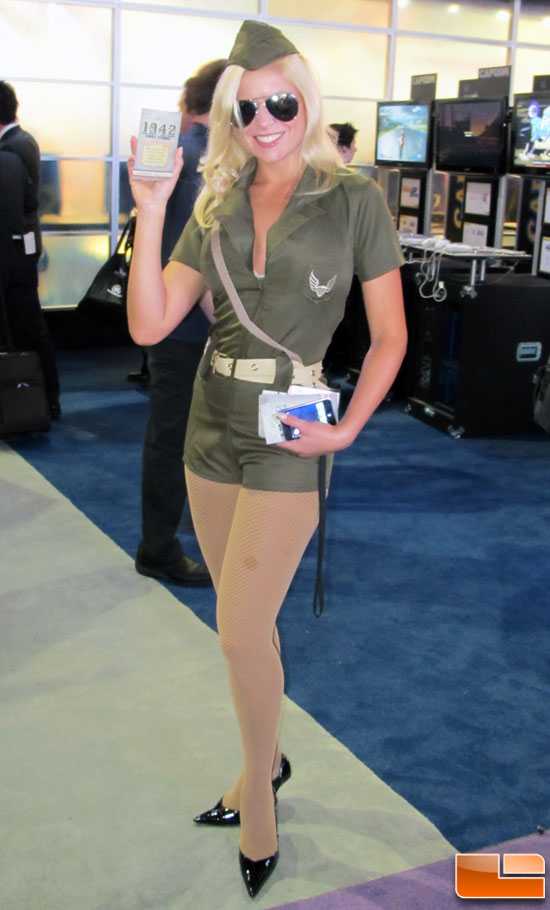 Capcom’s long-running shooter series 1942 is getting an Apple iPhone entry next month. 1942: First Strike will feel instantly familiar to fans of the franchise, as it still features World War II-era planes going into battle against wave after wave of enemy fighters. This booth babe was decked out in 1940’s dab military apparel, but for some reason the point black ‘man killer’ shoes and iPhone 3G S in her left hand just seemed out of place. 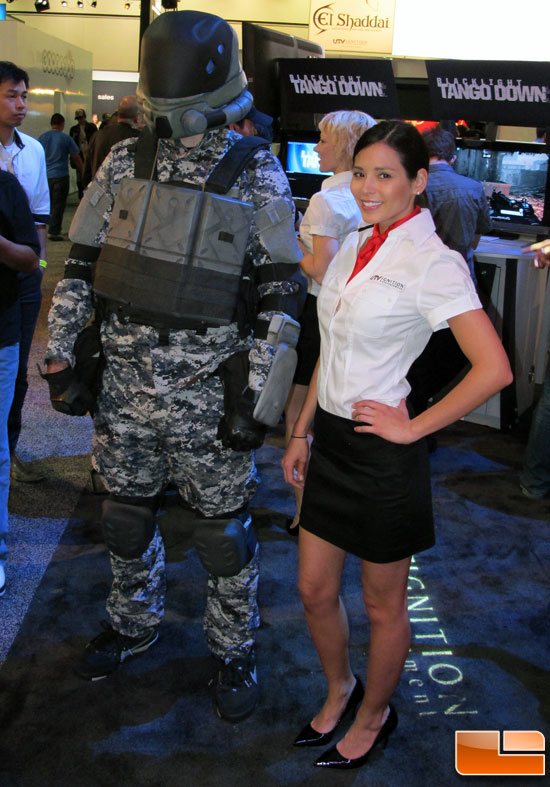 Blacklight: Tango Down is a multiplayer shooter that is coming to downloadable game portals. The game was developed by Ignition Entertainment and like we just mentioned will only be available via digital distribution on the Xbox 360, PlayStation 3 and PC. This first person shooter game will be retailing at a low price of just $14.99.