“The End” of Fortnite Teased

Serious Fortnite fans might know who Donald Mustard is. He is the worldwide creative director at Epic Games. Mustard has a penchant for teasing upcoming events in Fortnite in a very cryptic fashion.

The tease that is making the rounds this time out is that he changed his location on Twitter to read “The End.” Gamers are assuming he means the end of Fortnite. The game is incredibly popular and won’t be literally ending. 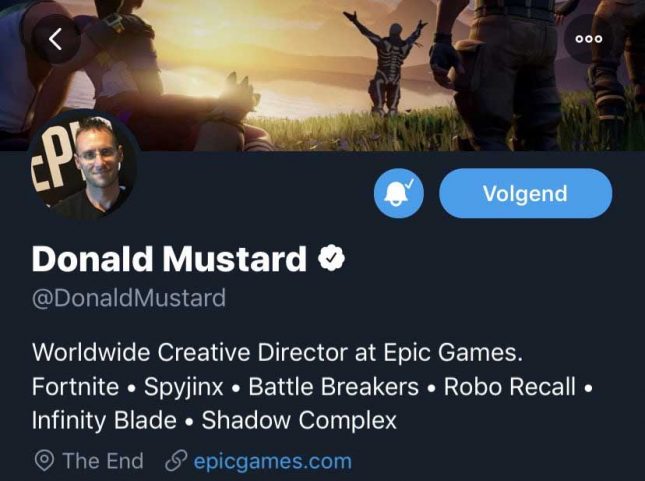 Speculation suggests that Mustard is teasing “The End” of Fortnite in its current form with the end of season 10 coming. Perhaps this is the end of the current map.

A completely new map has been rumored with each new season as a way for Epic to get fans playing in larger numbers. Considering Mustard works on games other than Fortnite, the tease may not be for the battle royale game at all.