Back in February we covered the launch of the ATI X1900XTX. In that article it was noted that the X1900 line had the same features as the X1800XT. Features such as SM 3.0, AVIVO, Adaptive Anti-Aliasing, High Quality Anisotropic Filtering and CrossFire, while adding Fetch 4 and Shadow Map Acceleration. Today ATI is announcing their update to the X1900XTX, the X1950XTX. ATI is not lacking anywhere on features so this time around they haven’t added anything significant to the architecture of the GPU. 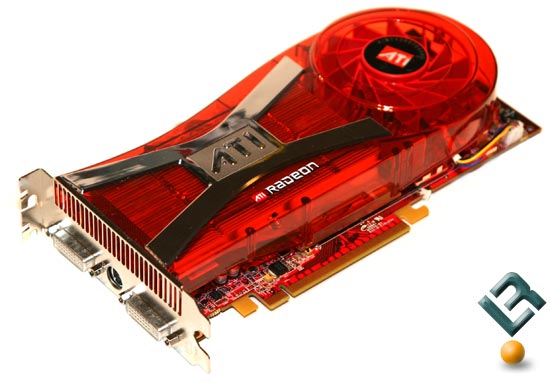 So why exactly are they launching a new video card today? The big news this time around is in the memory, the X1950XTX is the first video card to support GDDR4!! Operating at an effective speed of 2GHz this memory is the definition of fast, especially when you consider the memory modern AMD and Intel processors access is just now passing 1GHz!

So what does GDDR4 bring to the table other than a higher number than GDDR3? For ATI’s implementation, it’s quite a lot faster at 2GHz versus 1.55GHz for the X1950XTX and X1900XTX respectively. It also requires less power to operate even though it is running much faster due to a smaller manufacturing process. So while the GPU features and speed stay the same, the memory gets a huge kick in the pants and as you’ll see, makes the X1950XTX a significant refresh.

Also new for the X1950XT is a much welcomed new cooling solution. While some were able to tolerate the excessive noise produced by the previous cooler during startup, I don’t think that it will be missed by anyone. The new cooling system is absolutely great and is just what the enthusiast ordered. While NVIDIA’s 7900 GTX was the previous benchmark on how to properly cool a modern GPU, ATI’s latest offering supplants it by not only running quietly, but also exhausting the heat out of the back of the case. 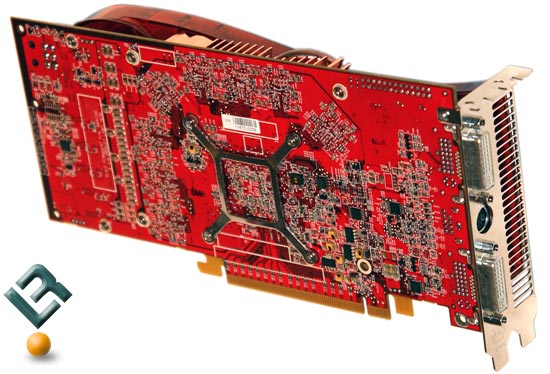 Finally, the X1950XT is a HDCP compliant part which is the next generation of digital rights management. HDCP is important because it is used in HD-DVD and Blue-ray, so those of you who want to enjoy HD content on your PC will need a video card with the HDCP license. For more information about HDCP check out the white papers here.

Looking at ATI’s slide of the new features on the X1950XTX it looks like we have everything covered as not too much has changed this time around. 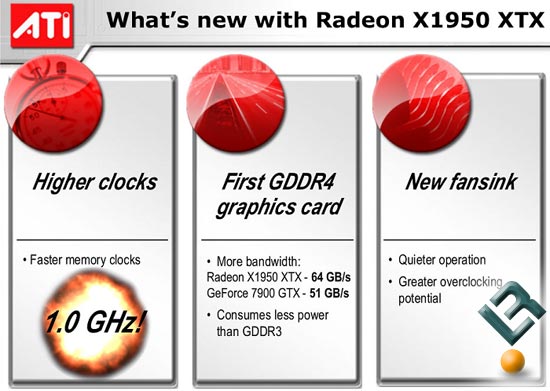 Now that we’ve introduced you to the new X1950 let’s take it apart and see what’s new.