AUSTIN, Texas – Razer, a leader in connected devices and software for gamers and a pioneering supporter of competitive gaming, and eLevate, a North American-based eSports organization specializing in FPS games, celebrated as their Call of Duty team took bronze at X Games Austin 2015.

Team eLevate qualified for the tournament as a top-eight team in Season 2 of the Major League Gaming Pro League. Despite receiving the lowest seed in the field, Team eLevate’s five-man team was one of only four teams to play into Sunday.

“Winning a medal at the X Games is a surreal experience,” says Nicholas “Classic” DiCostanzo, member of Team eLevate. “Tens of millions of people play Call of Duty, with the very best players in the world right now gathered together. The margin for error at this level is non-existent.”

Professional gaming made its return to Austin after debuting at X Games 2014. Team eLevate was joined by pro skater Tom Schaar as members of Team Razer to take part in the games. Schaar, the first skateboarder to pull off a 1080 in a halfpipe, earned bronze medals in the X Games Skateboard Big Air and Big Air Doubles events.

“Call of Duty takes as much focus and reflex action as any run in Big Air, and guys who can win at this (X Games) level are super talented,” says Schaar, a 2014 X Games champion. “I play CoD quite a bit and watch the eLevate guys on MLG.tv. It’s cool to see them live here at X Games, dominating.”

Razer was the first company to sponsor a professional gamer in 2000 when it sponsored Jonathan “Fatal1ty” Wendel with the Razer Boomslang, the world’s first gaming mouse  that helped shape the 10-figure gaming peripheral industry. Today, Razer sponsors 27 teams and 270 competitive players in 33 countries worldwide.

“The walls between traditional sports and eSports are getting thinner, as evidenced by a growing number of supporters like ESPN,” says Min-Liang Tan, Razer co-founder and CEO. “The biggest contributing factor to the rapid rise in eSports is the unprecedented access to players and teams via social media. Platforms like Twitch enable fans to directly interact with and even play with the pros from anywhere in the world. That type of participation is not possible in traditional sports.” 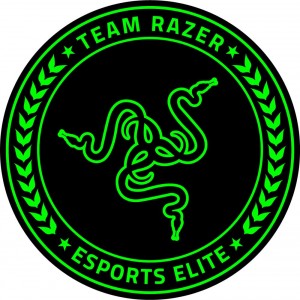 Razer™ is a world leader in connected devices and software for gamers.

Razer is transforming the way people play games, engage with other gamers and identify with the gamer lifestyle. Having won the coveted “Best of CES” award consecutively for five years, the company’s leadership in product innovation continues to create new categories for the gaming community that is estimated to have over 1 billion gamers worldwide.

Razer’s award-winning design and technology include an array of user interface and systems devices, voice-over IP for gamers and a cloud platform for customizing and enhancing gaming devices.