Target has a sale going on that gamers looking to beef up their library might want to take advantage of. While the sale is going on, anyone who purchases two video games will get one for free. Tiles included in the sale cover the PlayStation 4, PlayStation 5, Switch, Xbox One, and Xbox Series X|S game consoles. There are a few caveats to the sale, but there are some pre-order games available.

Some of the better titles offered under the special deal include: 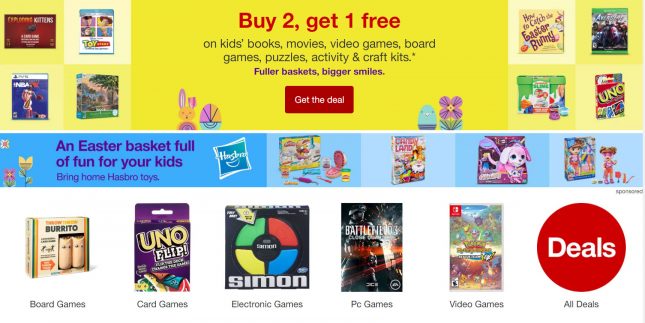 The sale lasts through March 27. Players can also grab deals on subscription gift cards for services like Steam, Xbox Live Gold, and others.