A new report is making the rounds that Ford has sent a memo to dealerships telling them that as of August 23, the 2021 Ford Bronco online order system has been paused. The reason orders have been paused is said to be supply constraint and an abundance of orders.

Presumably, the supply constraint that Ford is pointing to is the well-publicized microchip shortage that has prevented many automakers from building vehicles. However, Ford also warned that with current supply constraints, Bronco orders already placed might not be filled until 2022. 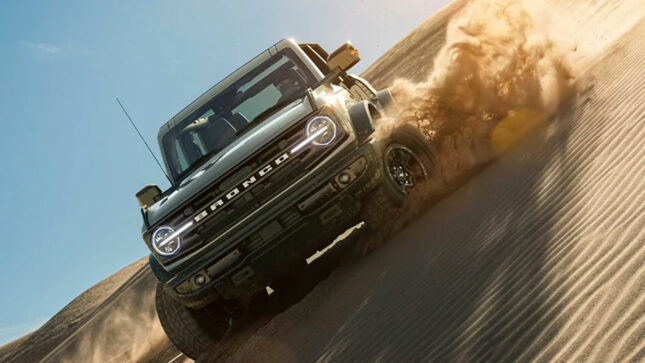 Ford encourages customers who want a Bronco to work directly with the dealership. It says it may be possible for customers to purchase a vehicle already scheduled for production or that has been produced. One thing is for sure, with such high demand, few Ford dealerships will be selling the Bronco at MSRP, many will be adding significant amounts of money to the sticker price.

Ford has also had trouble securing the hardtops that many Bronco customers were ordering with their SUV. The hardtop shortage had extended delivery time frames for some Bronco models.