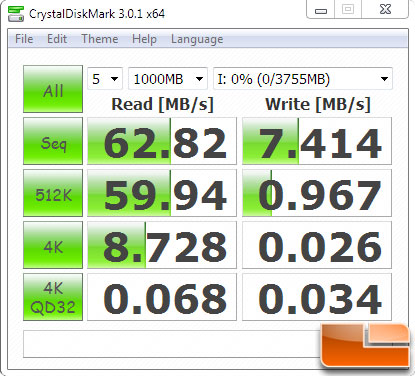 ST1: The first thing I noticed was that these don’t even come close to the claimed speeds of 90MB/s read and 16MB/s write. That being said, this may be happening because we have the smallest capacity drive of this series, which would mean less NAND chips onboard. 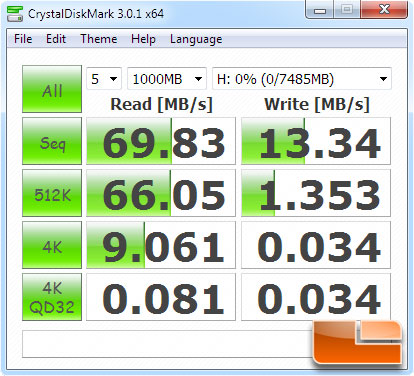 ST2: The ST2 actually beat the expected write speeds by over 2MB/s. Unfortunately, the write speeds were almost half of what was expected. Again, I expect that this is due to this being the smallest capacity drive in its series, so less NAND chips.

ATTO is one of the oldest hard drive benchmarks that is still used today. ATTO measures transfers across a specific volume length. It measures raw transfer rates for both reads and writes and places the data into graphs that you can easily interpret. The test was run with the default runs of 0.5kb through 8192kb transfer sizes with the total length being 256mb. 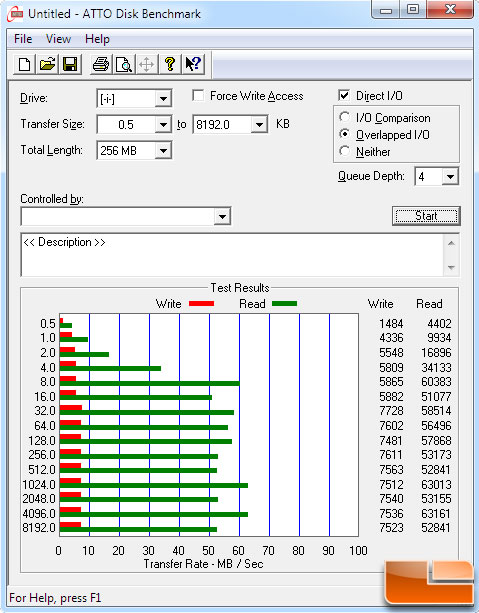 ST1: Running ATTO on our ST1 4GB drive, we can see that it reached about 63MB/s read and about 7.7MB/s write. These speeds are comparable to the CrystalDiskMark speeds, but still aren’t quite what we had expected. 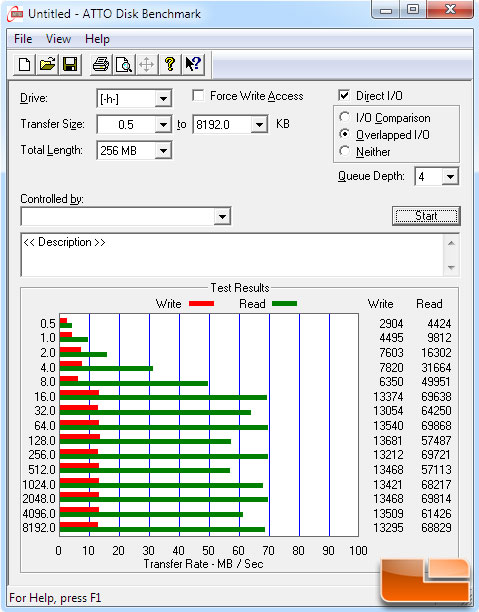 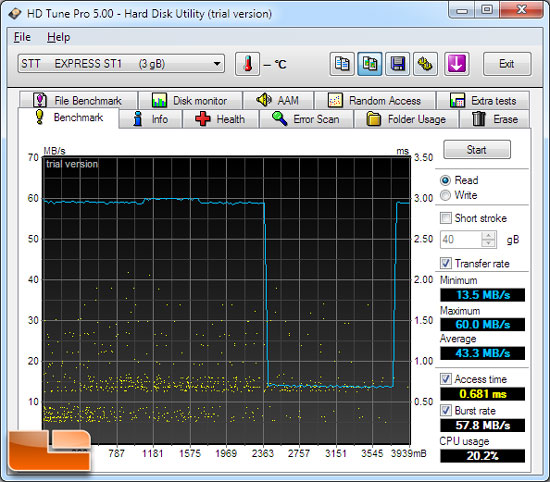 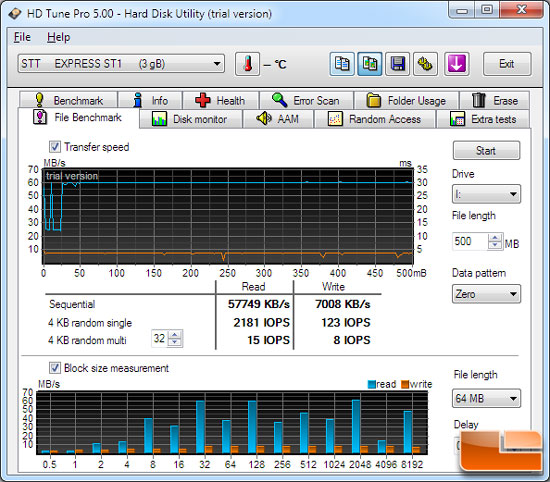 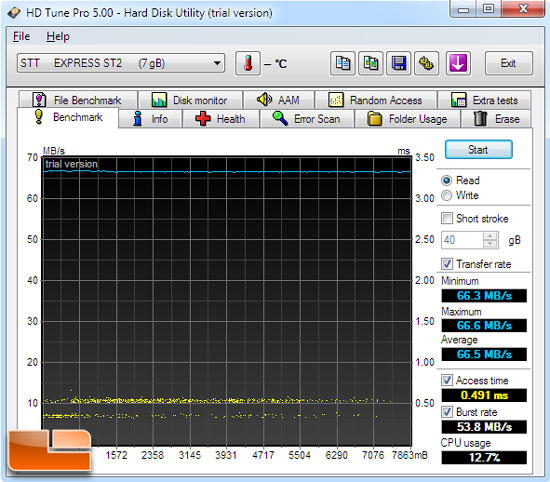 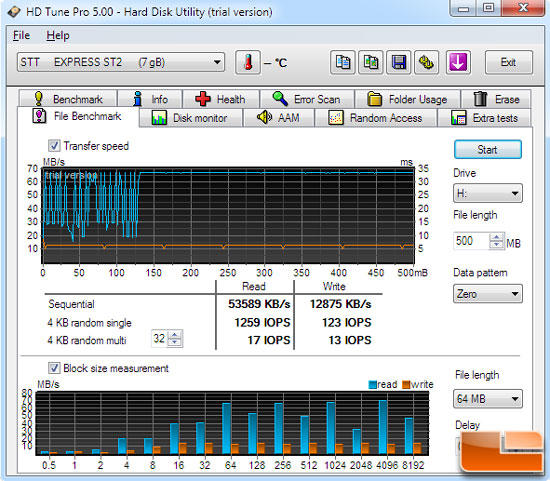 ST2: The Super Talent USB Express 3.0 ST2 with MLC NAND didn’t have any performance drop across the Flash drive and averaged 67MB/s, which is the drives rated speed.