The annual Steam Summer Sale is underway, and each year gamers get very excited at the prospects of getting some big discounts on cool games they want to add to their collection. This year is no different with many titles on sale with some of them at discounts as high as 85% off. While there are a bunch of independent games that might not be the average gamers cup of tea, there are some big-name AAA titles as well. 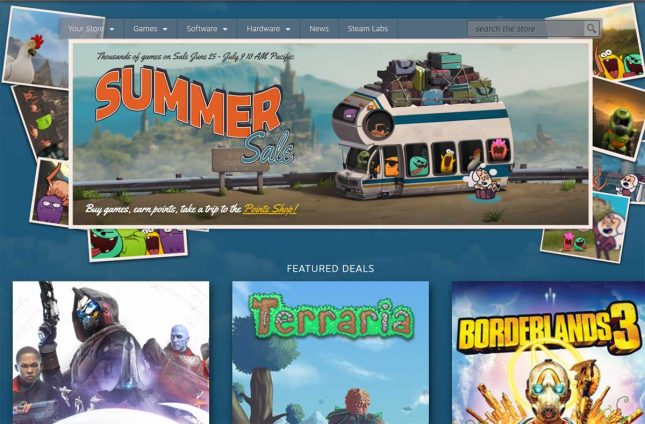 Other cool games on sale include Subnautica, with the main game on sale at 35% off for $16.24. The Deep Ocean Bundle is on sale at 32% off, making it $30.79. Scrolling down the long list of cool games on sale shows some significant discounts. Serious Sam HD Gold collection is 88% off at $6.43 and is a very cool game for retro gaming fans.

The list of games on sale during the Steam Summer Sale seems to go on forever. Gamers are sure to be able to find something that tweaks their interest amid all the games on sale. A number of the titles are available for VR headsets, and players who spend $30 can save an extra $5 at checkout.