This is a big deal because lots of PC gamers don’t try a game if it isn’t on Steam. ToR has landed on Steam as part of EA’s effort to get more of its titles onto Steam. ToR initially launched for PC gamers on the Origin store, which was intended to be an alternative to Steam. 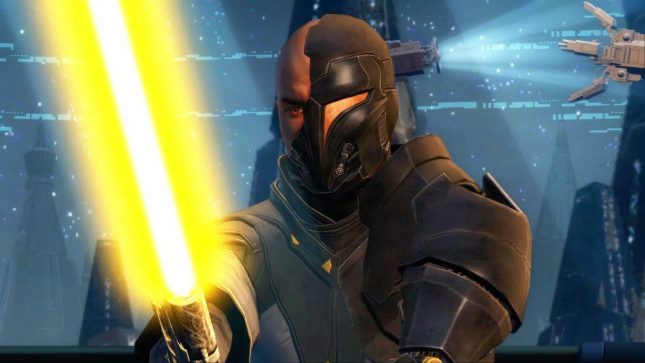 There is a caveat for those who download The Old Republic on Steam. The game doesn’t entirely run through Steam; it requires the download of its own client on the PC. When players watch the game through Steam, they do get Steam trading cards and achievements. The latter will be implemented in a future update reports Destructoid.

EA is allowing cross-playing and cross-say progression between Steam and the direct client. For those who are unsure if they want to purchase the game, it is free to play to a certain point. Players can grow their characters to level 60 with no time restrictions. Players will need to pay $15 per month to increase the level To 75 an open raid and PvP elements.