One of the best things about the Epic Games Store is that it frequently gives away excellent video games for free. On Friday, EA started giving away copies of Star Wars: Battlefront 2, and the giveaway was extremely popular. Battlefront 2 is a multiplayer/online cooperative game requiring servers to handle the load.

So many people took advantage of the giveaway via the Epic Games Store that there were problems as servers are unable to handle the crush of players. Reports indicate that late on Friday night and for several hours during the weekend, EA servers were at maximum capacity causing errors in the game. 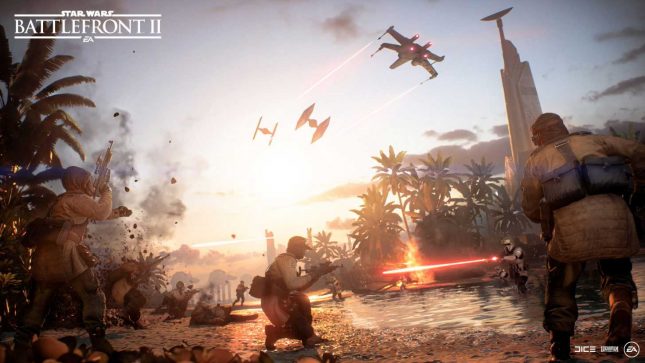 Players saw several errors, including error numbers 623, 721, and 918. There is a bit of single-player content players can enjoy. It’s mainly a multiplayer game leaving some of the most popular features unaccessible.

While the giveaway caused the servers to go down, EA has offered no indication of how many new and returning players the giveaway attracted. EA reportedly increased server capacity twice on Friday to keep up with demand, and most of the issues were fixed by the weekend.