A member of the ranger6g forum has managed to snap a picture of what is allegedly the next-generation Ford Ranger pickup in testing. The image shows that the truck is getting a new front end that resembles the F-150 and is very similar to the compact Ford Maverick pickup.

While the truck shows a clearly new front end, the remainder of the pickup appears to be the same as the current generation. However, it is very difficult to tell from the image if all of the proportions are the same. 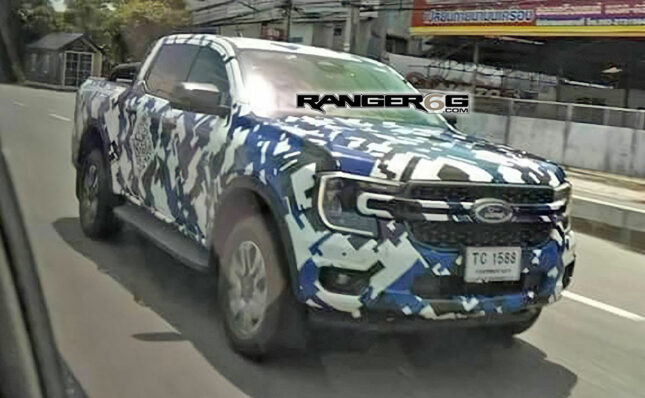 Ford is expected to sell a significant number of its cheap and compact Maverick pickups, and it would certainly like to improve the sales for its Ranger truck. Currently, the Toyota Tacoma rules the mid-size truck market. The aging Ranger may be relatively new to the US, but it had been offered in other countries for many years.

Nissan’s competing Frontier is all-new, leaving the Ranger as one of the oldest trucks in the segment. It was certainly due for a redesign, and it would appear the 2023 model will be a more attractive truck, possibly equating to improve sales.