While walking around the technology showcase at the Intel Developer Forum we ran across a booth in the future technologies lab that caught our attention as it was a CPU cooling demo that showed a passive cooling design and we are suckers for silent computing. The both was being run by a small French company called Splitted-Desktop Systems, which we have honestly never heard of. They make small Mini ITX based silent systems from internet appliances, gaming rigs, NAS boxes and even data clusters. 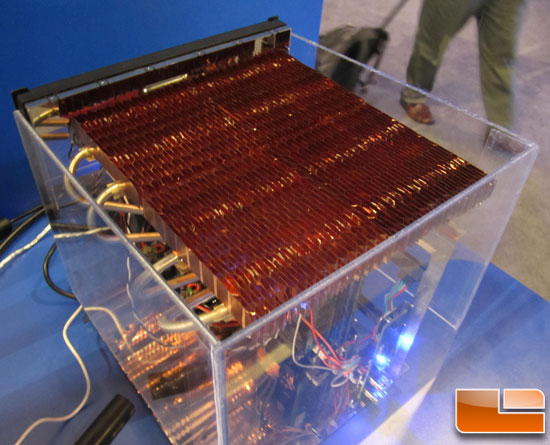 The heat sink that was in the booth is based on a composite material using copper foil that is just 40 microns in thickness that is then attached to four  heat pipes. It allows system builders to assemble a completely fanless system. The demo box was run with an Intel Quad Core Sandy Bridge processor. We took a look at the system specs and found that it was the Intel Core i5-2500T, which is a 45W TDP part that runs at 2.3GHz. 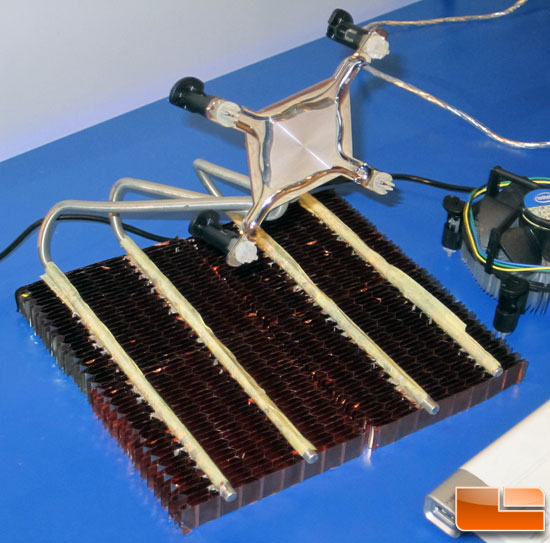 The heatpipes looked like they were taped to the copper cooling ‘mesh’ and when we asked why the heat pipes didn’t go through the cooling fins they said it was due to technical issues and that this way was better. That doesn’t make sense to us, but who are we to judge future technologies? The cooler uses four decent sized heatpipes and has the Intel push pin style mounts for the base.  If you notice the stock Intel CPU cooler that is cut off to the right side of the image it is because that was to show that both coolers weighed the same despite the massive size of the prototype cooler. 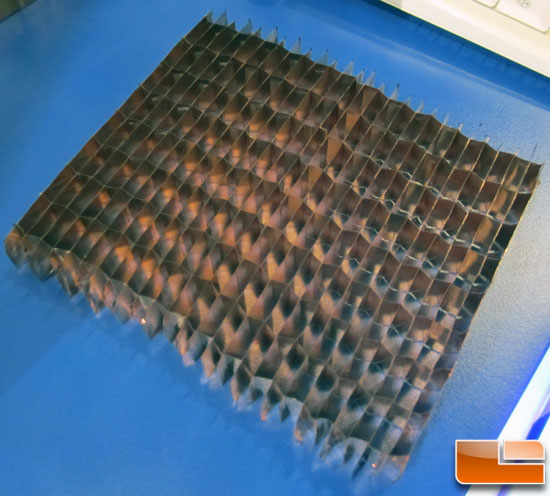 here is a closer look at the copper cooling fins that are in honeycomb pattern. We asked why the mesh pattern wasn’t tighter and found out that if it was tighter that the warm air rising would face more resistance when trying to get out and the temperatures would actually increase. 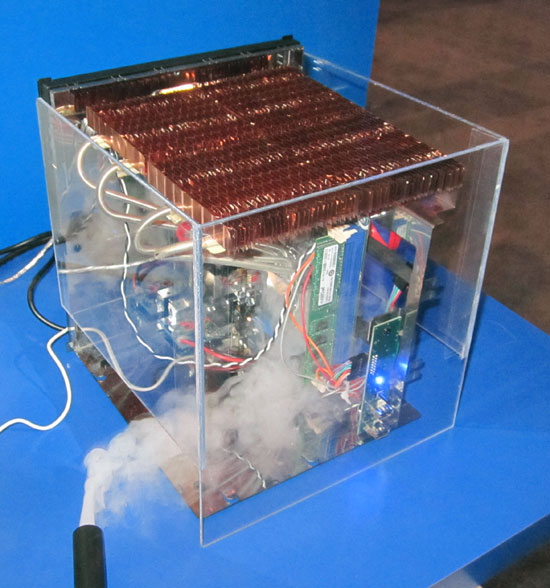 The chassis on display at the booth is able to drive a full system configured up to 150 Watts TDP to 35C  ambient temperature. To show how the air is moving through smoke was introduced to the lower part of the case. Even though there is no airflow the cooler air from outside quickly moves up and out of the system. 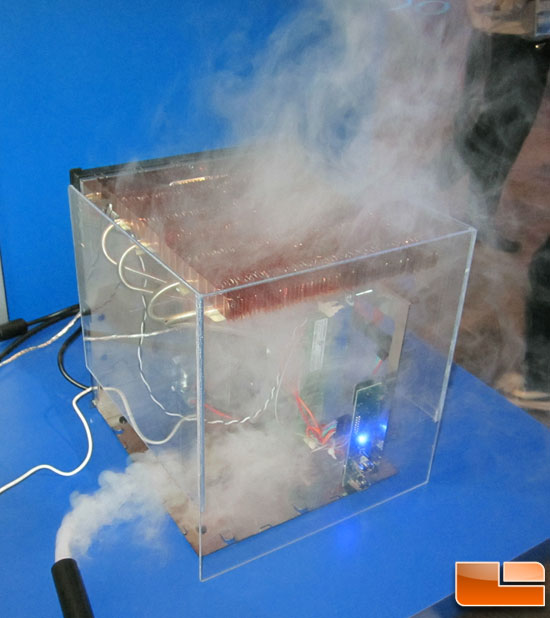 We all know heat goes up, but you can see the smoke is being pulled into the case and out the top. This is from air flow created from natural convection. The demo host also said to notice how the air rolls over the motherboard and helps keep things nice and cool. 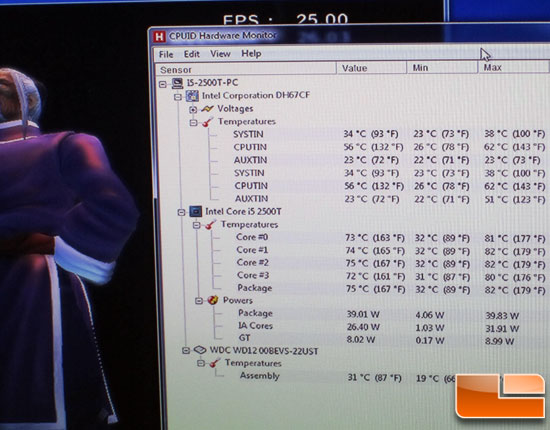 How cool is the demo processor running? Well, remember we are using an Intel Core i5-2500T and that it is only 45W. The system was rendering of a 3D animation at 25FPS on the desktop, so the CPU was running a workload. Taking a peak inside CPUID we found the Intel Core i5-2500T Processor was running mid 70’s C. That is similar to stock cooling but without all the noise. Not too awe inspiring as we were expecting less, but it’s a silent PC with no moving parts.

So, to conclude this look at passive cooling we found the key benefit of this technologies to be: