This week is shaping up to be a busy one for SpaceX down in Texas. Lots of testing is planned to happen this week, with SpaceX having 30 hours of road and beach closures near its Gulf Coast launch and testing facility. Testing for the Starship and Super Heavy booster is part of the path to getting Starship ready for its first orbital flight.

Starship S20 and Super Heavy Booster 4 were stacked in early August for the first time. SpaceX is gearing up for the static fire test to complete the required steps to get the rocket ready for its first orbital launch. 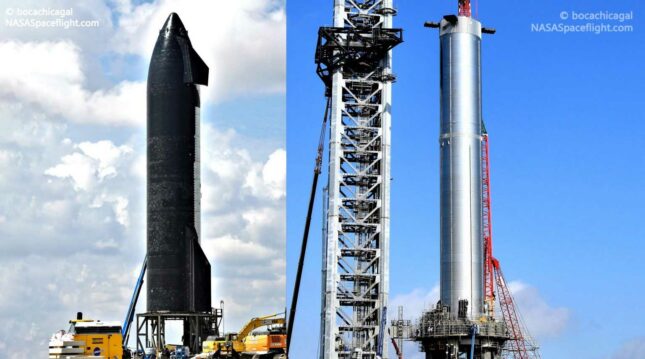 Successful Static fire tests are critical for SpaceX and mark major milestones in the Starship project. Something of note for Starship 20 is that it has two types of Raptor engines inside. It has sea-level optimized Raptors and a Raptor Vacuum engine.

A significant milestone for Super Heavy will be firing in a static test with all of its engines. Previously, the static fire test saw the booster using only three engines. The full static fire test would use between 29 and 33 Raptor engines.