SpaceX Lights The Super Heavy Rocket For The First Time

SpaceX hit a milestone on Monday night, July 19. For the first time, it fired up the gigantic Super Heavy booster that will be used to push Starship into orbit. The massive Super Heavy booster is made of stainless steel, and for its static fire test, used three Raptor engines.

SpaceX CEO Elon Musk tweeted Monday night that the test was a full-duration firing of three Raptors on the Super Heavy Booster. The completed rocket will have significantly more than three engines. Musk said that depending on progress with Booster 4, they might try firing nine engines on Booster 3. 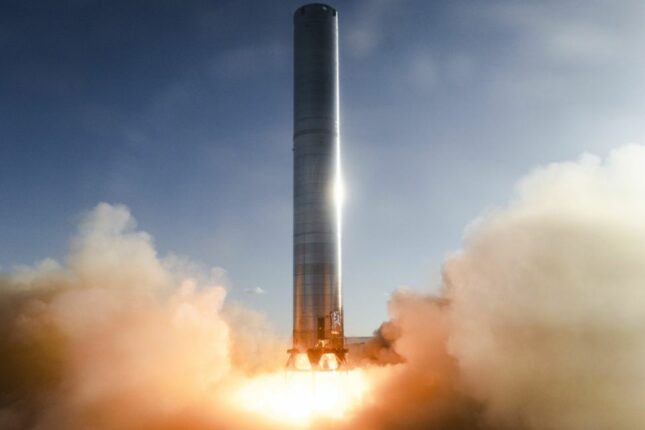 The current Falcon 9 rocket uses nine Raptor engines. When complete, Super Heavy will use more than 30 for launch. Like the Falcon 9, Super Heavy is designed to be reusable. It’s gigantic, standing 230 feet tall, and will be able to carry a 165-foot Starship spaceship on top.

SpaceX continues testing the Starship vehicle, and while it’s lost several so far, it hopes to have the first Starship orbital flight this summer. However, the fate of that test orbital flight depends on the current booster tests.