SpaceX Inspiration4 Were Given Their Wings

SpaceX and four civilian astronauts made history with the Inspiration4 mission that successfully put the first civilian crew into orbit. The crew members went into orbit aboard a SpaceX Dragon capsule with the ride paid for by the billionaire captain of the mission.

The crewmembers have now officially been given their SpaceX astronaut wings at a presentation at company headquarters in Hawthorne, California, last Friday. 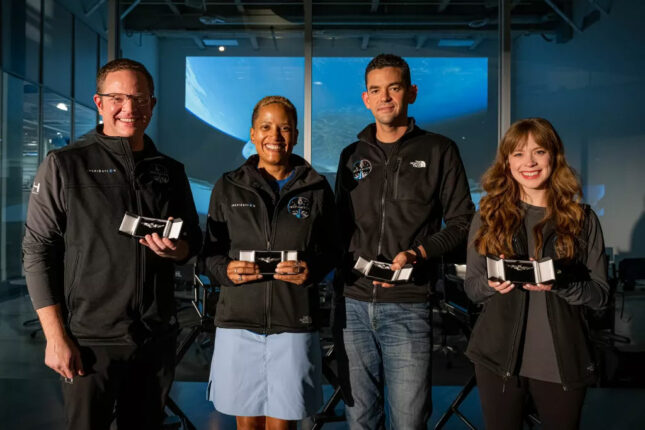 “Yesterday we were presented with our SpaceX astronaut wings,” Inspiration4 astronaut Hayley Arceneaux, the mission’s medical officer, wrote in a Twitter post. “This beautiful symbol of our journey means everything to me! Also if it looks like I’m crying, mind your business.”

The astronaut wings the crew were given featuring Dragon head and wings with the capsule where the dragon’s chest would be. Billionaire entrepreneur Jared Isaacman funded the mission and went into orbit himself. He gave the other three seats up to raise money for St. Jude’s Children’s Research Hospital.