SpaceX’s history-making Inspiration4 mission is set to launch only a few days from now. The mission is notable for being the first to have a fully civilian crew. The astronauts will launch on September 14.

SpaceX has now confirmed that the astronauts have finished training at SpaceX headquarters in Los Angeles and arrived in Florida to prepare for their launch. Crew members for the historic flight include Chris Sembroski, Sian Proctor, Jared Isaacman, and Hayley Arceneaux. 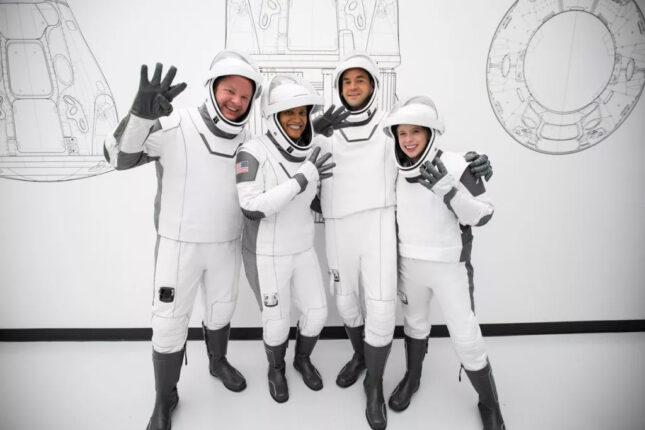 The quartet can be seen wearing their SpaceX spacesuits in the image above. Inspiration4 commander Jared Isaacman tweeted, “We have arrived at @NASAKennedy . . . it was a great morning of flying with my @inspiration4x crew. Right side is in! Standard. Expect more flights around KSC as we get closer to the big launch.”

Issacman is the billionaire responsible for the mission, and paid the way for the other three crewmembers. The billionaire is the founder of Shift4 payments. The mission will launch at 8 PM EDT on Tuesday, September 14.