SpaceX and one of its Falcon 9 rockets hit a notable milestone this week. The Falcon 9 rocket pushed 53 new Starlink satellites into orbit and successfully landed on a drone ship off the coast of Florida, marking its 12th mission. The rocket launched on Thursday at 1:51 PM EDT at Cape Canaveral.

This is the second SpaceX rocket to complete its 12th mission. The other rocket hit the 12th mission milestone last month. As the Falcon 9 first stage successfully landed off the Florida coast, the rocket’s second stage continued into orbit, where it deployed all 53 satellites as planned. 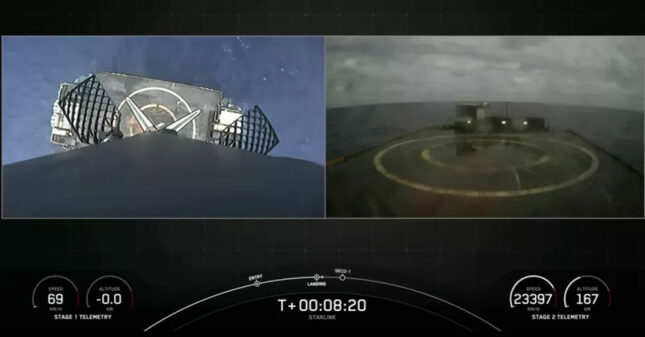 The satellites were successfully deployed about an hour and 20 minutes after the rocket launched. All of the deployed satellites made it successfully to their parking orbit and will continue into their final orbit in the coming days.