SpaceX has been very busy in recent weeks, with five successful Falcon 9 rocket launches in the last five weeks. The company is now gearing up for a sixth Falcon 9 launch in as many weeks and has completed test firing for the mission. On Monday, SpaceX ignited a Falcon 9 rocket on its launch pad at Cape Canaveral Space Force Station in Florida.

During the test firing, the company ran through a pre-flight checkout, clearing one of the remaining hurdles before launch can happen later this week. This particular Falcon 9 will carry an additional string of Starlink satellites into orbit to provide better Internet coverage. 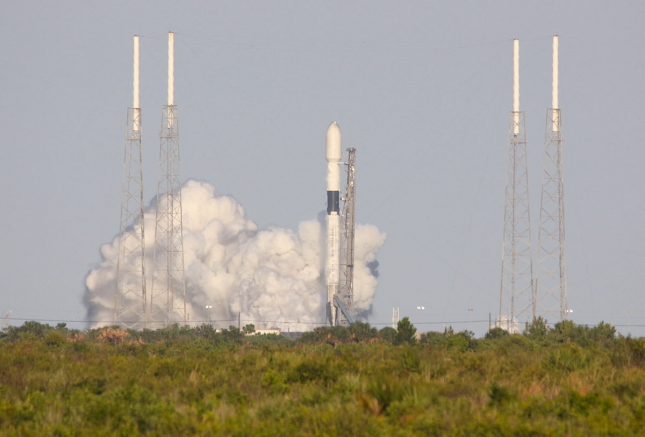 The Falcon 9 rocket stands 229 feet tall and has nine Merlin 1D main engines. The engines ignited at 7:05 PM EDT on Monday night at pad 40. The engines ran for several seconds, generating a massive cloud of exhaust along with flames that could be seen at the launch site.

Extremely strong clamps kept the rocket attached to the ground through the entire firing sequence. SpaceX conducts this type of test on every Falcon 9 before a mission launches.