NASA has chosen SpaceX to send a mission it’s planning into space that will explore Europa, one of the more intriguing moons orbiting Jupiter. The SpaceX Falcon Heavy will be used to launch the Clipper spacecraft expected to launch in late 2024. Europe is an intriguing subject for research as scientists believe it has a liquid ocean under its icy shell.

Researchers believe that Europa could have liquid water under its icy surface as a result of gravity from the massive planet Jupiter making the planet flex as it orbits, generating heat in its interior. Estimates are that the subsurface ocean could have twice the volume of all Earth’s oceans combined and may be one of the most likely places in the solar system for life to exist. 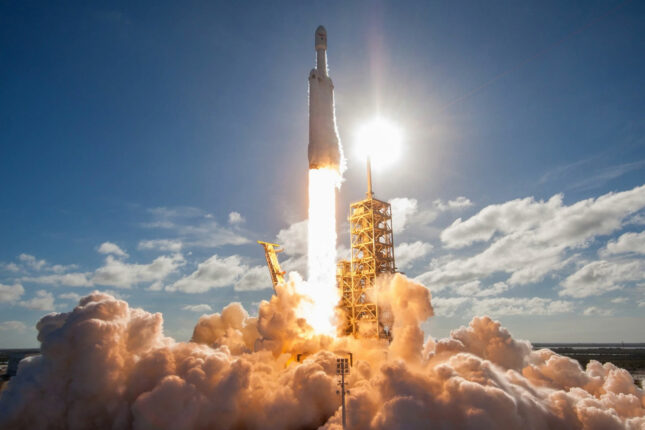 Clipper will orbit Jupiter and then fly by Europa a total of 45 times over three years. Clipper will scan almost the entire surface of Europa using thermal and high-resolution cameras, spectrometers, ice-penetrating radar, plasma sensors, and other instruments.

Clipper will use a radiation shield made of an aluminum alloy to protect sensitive electronics from the harsh radiation produced by Jupiter. Clipper was originally slated to use the Space Launch System rocket. However, NASA wanted a commercial launch vehicle for the mission, citing lower costs and improve efficiency. Choosing SpaceX reportedly saved the agency $1.5 billion with the contract to SpaceX worth $178 million.