We’ve been hearing that Sony is giving Bose a run for their money by offering the best noise canceling headphones on the market over the past couple of years with the 1000X series. Every year it seems that Sony has been able to build on their success with incremental updates to their proven award winning design. The latest model is the WH-1000XM3 and it took trying them just one time for us to get hooked on them.

A few years ago we would have never thought that Active Noise Canceling (ANC) headphones would have become this popular, but silence is arguably appealing to everyone. Headphones in general have become socially acceptable to wear in public and ANC headphones work perfect on commutes, flights, home and when out on the town. The world is a loud and noisy place, so if you are looking for blessed silence to be able to focus on the task at hand you really need to try a pair of these out. 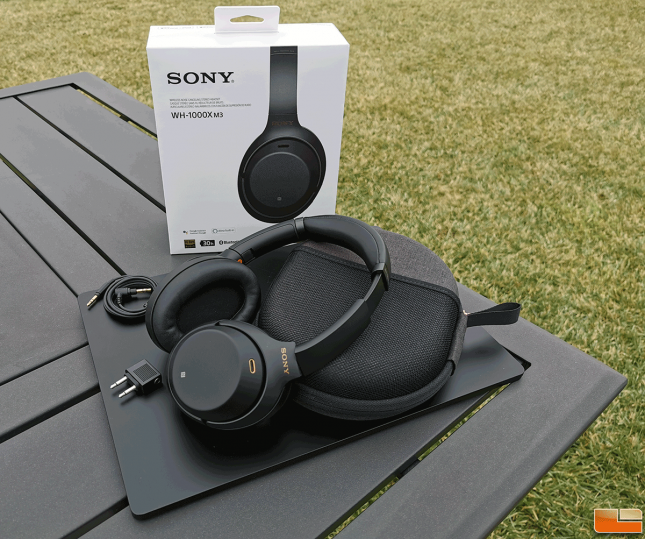 The Sony WH-1000XM3 headphones bring a number of improvements over its predecessor, the WH-1000XM2 headphones that came out in 2017. The big improvement is the move to Sony’s proprietary HD Noise Canceling Processor QN1 that offers analogue amplification and better noise elimination. You also get improved ear pads and a USB-C charging port that allows many users to simplify their cable collection. The battery life remains 30 hours with noise cancellation on, but a 10-minute quick charge now yields five hours of playback rather than just 70 minutes. 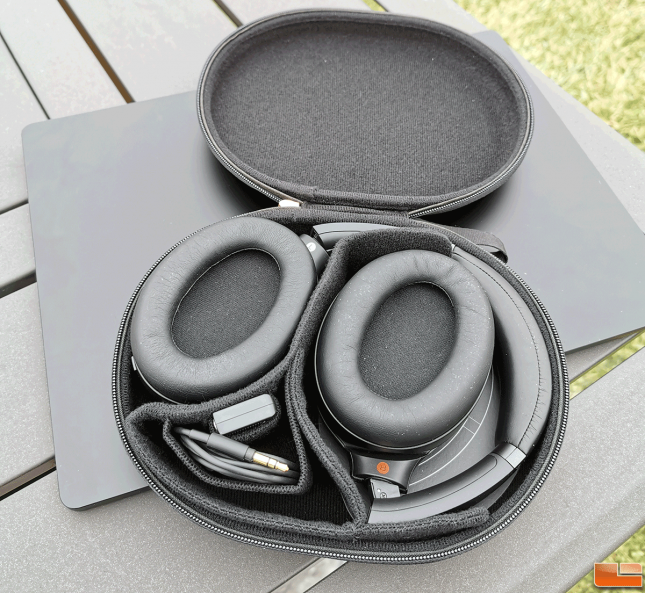 Pricing on the Sony WH-1000XM3 is typically $349, but they have dropped down in the $278 to $299 range when they are being promoted. You can readily find them at places like Amazon and even the Best Buy vending machines at the airport. ANC headphones were once considered an item of luxury, something reserved for frequent fliers in first class. With the last recession a decade in the past, the booming worldwide economy has allowed more people to indulge on gadgets they once ignored.

The controls on the Sony WH-1000XM3 are easy to use and it doesn’t take long to figure them out. The left earcup has the Power/Bluetooth button and a noise cancellation/ambient button that cycles the noise cancellation between its three settings: On, Ambient Mode and Off. The 3.5mm input jack is located all the way on the left side. There is also an N-Mark on the left earcup and this if for Near Field Communication (NFC) that allows for one-touch quick pairings.

Where are the playback controls? Sony placed them on the right earcup surface thanks to a touch-capacitive surface on the flat part of the cup. To skip forward, youll need to swipe right on the right earcup or swipe left to go back. Pausing is done by double-tapping, and resuming is then done the same way. Volume control is done by swiping up or down on the earcup. This will take a week or two to get used to. Placing multiple fingers or your hand on the right earcup will allow you to temporarily hear the outside world with external microphones.

Also, on the right earcup you have the USB Type-C for charging the headset. When the headset is being charged it will be turned off automatically. It takes about three hours to fully charge them when the built-in lithium-ion rechargeable battery is completely drained. The red charging indicator light will go off when the headset has been fully charged. 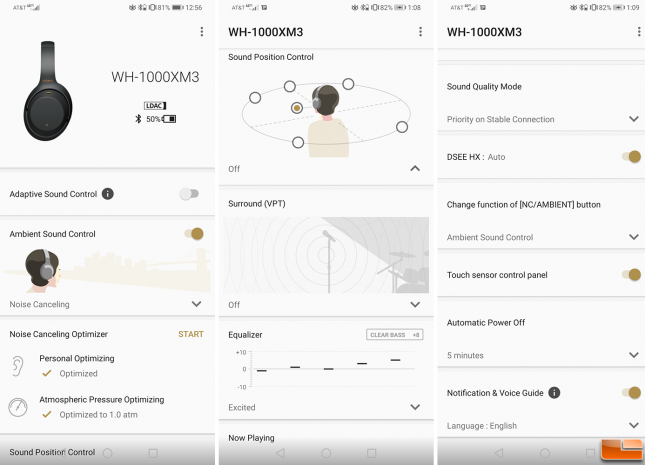 The free Sony Headphones Connect App allows you change settings and to customize your sound to just the way you like it. The ‘Noise Canceling Optimizer’ in the app runs a series of audio tests to ensure you have the best settings enabled. The ‘Atmospheric Pressure’ setting is usually 1.0 atm on the ground, but when flying it is generally around 0.8 atm. This means you’ll want to run this optimization utility once you are in the air flying in order to get the best noise canceling performance.

The built-in Equalizer and Ambient Sound Control menus were also something we frequented quite a bit to get the best audio performance from any situation. 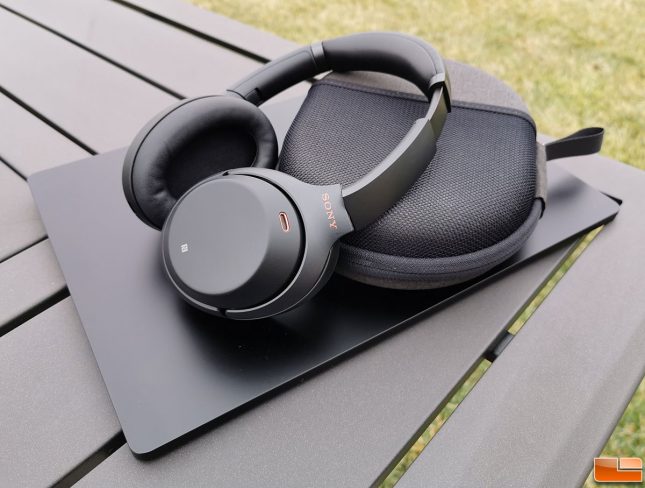 The Sony WH-1000XM3 headset supports the following 5 codecs for music playback via an A2DP connection: SBC, AAC, aptX, aptX HD and LDAC. Support for the Qualcomm aptX codec is revealing and promises a smoother audio experience with less glitches and audio issues. The Qualcomm aptX HD codec capable of wirelessly transmitting 24-bit hi-res audio with transfers rates reaching up to 576 kbps (classic aptX tops out at 352 kbps). LDAC is an audio coding technology developed by Sony that enables the transmission of High-Resolution (Hi-Res) Audio content over a Bluetooth connection at transfer rates up to 990 kbps. It appears the default setting on the Sony WH-1000XM3 headset is LDAC, but you can change that in the app if you are getting skips or have a preference. You can also go into your phone or laptops advanced Bluetooth settings to dial in LDAC settings as it can be set to 330 kbps, 660 kpbs or 990 kpbs on some devices. The base 330 kbps connection might be worse than SBC in some ways, so you might want to dive into your settings to find good middle ground for audio quality and range. The WH-1000XM3 is a Bluetooth 4.2 device and can connect to two devices at once, with one for music and one for phone calls. 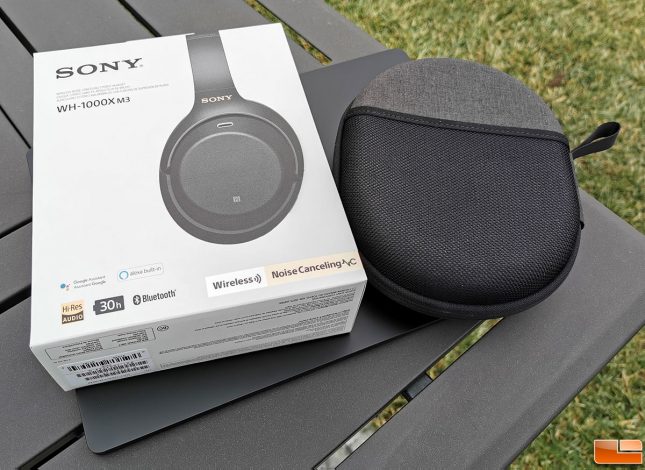 After using the Sony WH-1000XM3 headset for going on a month they have managed to change our thoughts on headphones in general. For starters they offer silence and we all know that is golden. You don’t have to be listening to music or your favorite podcast to enjoy ANC. If your environment is noisy and you are looking for some peace you can just put these on and instantly enjoy your new calmer surroundings. This is something that we didn’t think we needed, but the Sony WH-1000XM3 wireless cans changed that.

We’ve also flown with the WH-1000XM3 headset and can report back that we didn’t experience any cabin pressure issues when using this headset. If you used an older ANC headset from many years ago (Bose QC25 or QC35) and had issues you should give them another shot. Being able to adjust the atmospheric pressure in the Sony app gave us a great experience in the air that was free of nausea, pain and pressure.

The build-quality of the Sony WH-1000XM3 is solid and the plastic frame with soft-touch surfaces are nice. We’ve yet to have our set for a full month yet, but no issues have been noticed and the headband shows no signs of cracking. Call quality on the WH-1000XM3 was also excellent as the microphone quality was quite good.

Sony has been considered the leader in the noise-canceling headphone market in recent years and now we know why. These are an impressive pair of active noise-canceling headphones with impressive audio quality and battery life. The price tag might be higher than some would like and the 1-year warranty is nothing to write home about, but they are without a doubt one of the best products that we reviewed in 2019.