Late last week, a sealed copy of Super Mario Bros. for the Nintendo Entertainment System from 1985 set a record at the auction. The video game became the highest-selling video game ever at auction when someone paid $114,000 for the unopened copy in near perfect condition. Super Mario Bros. was one of the video games that almost everyone had a Nintendo owned.

Finding one that made it out of the ’80s unopened in near perfect condition is exceedingly rare. Interestingly, the $114,000 winning bid was higher than the previous record of $100,000, which was also for a sealed copy of the same game. 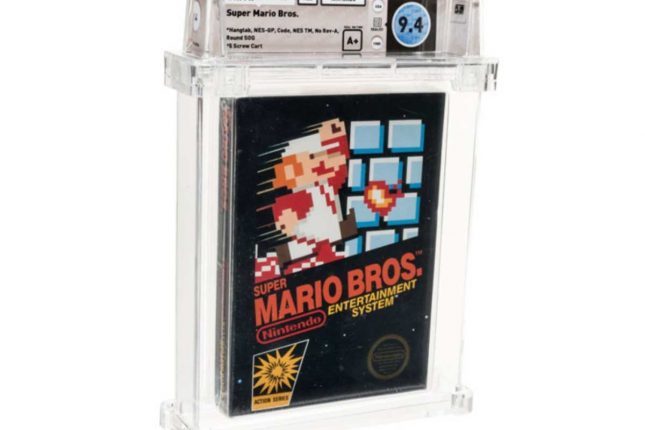 “The demand for this game was extremely high, and if any lot in the sale could hit a number like that, it was going to be this one,” Heritage Auctions Video Games Director Valarie McLeckie said in a statement. “We knew this would be a strong live session, but I don’t think anybody could have anticipated how much bidding action there was on Heritage Live! and the phones.”

One of the reasons the game was bid to such high numbers is because it was part of the very early production run that still had a cardboard hang tab under the plastic. The auction house raised a total of $699,000 on the back of sealed Nintendo games reports Rolling Stone.