Hennessey has made a name for itself, taking cars, trucks, and SUVs and making them faster. Many of the sports cars the company has worked with are already fast when they leave the factory but are even faster after Hennessey does its work. The company has announced what will come next after production of its Venom F5 hypercar ends.

That project will be called Project Deep Space, and it’s a six-wheeled electric vehicle aiming to be the fastest four-seater from 0-200 mph. Part of accelerating is having enough grip to put all of the available power to the ground. 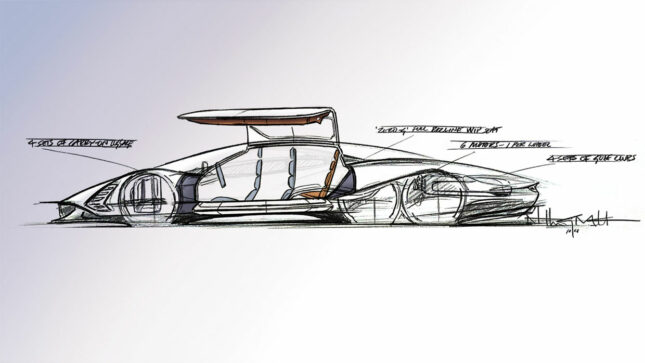 The company will reveal all the specifications for Project Deep Space in the future. What we do know now is that the four-seater will have a diamond seating pattern and will cost $3 million for starters. Unfortunately, only 105 will be produced.