The Sims Mobile Landing for iOS and Android

EA has announced a new mobile game is launching in Brazil today with the global launch coming soon after. The game is a new installment in The Sims franchise called The Sims Mobile reports MacRumors. The game is free to play and looks like it will be similar to the full game that is offered on Mac and PC systems.

The Sims Mobile will have players guiding their Sims through virtual lives as they establish relationships, build homes, move through their careers, and meet goals. EA is playing coy with details on the game, but we do know that it will have social elements to it and will allow players to become virtual best friend with their real world pals. 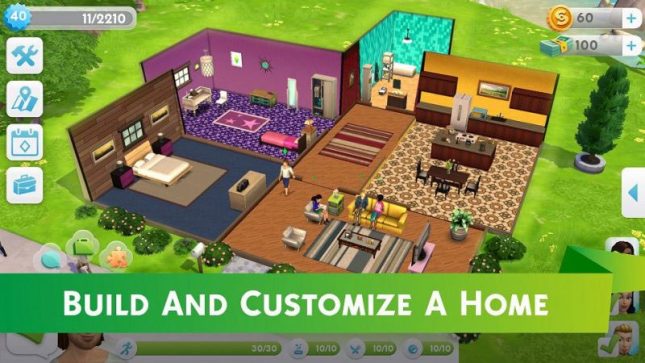 The trailer gives you a glimpse at what the game will look like in play, and you can watch that trailer below. Players will get to design their characters and their characters home however they want. The design options for homes and the characters themselves look very robust.

The game trailer also makes it seem as if the game will focus on creating a family that will survive generations with a look at a family tree. This mechanic will allow players to inherit heirlooms from previous generations and unlock new careers as time goes by.

EA announced this week that the number of players for The Sims 4 on Mac and PC is growing well. EA says that the number of monthly active users has grown 33% year over year. It’s not clear exactly when the new mobile game will land in the US. While the game is free-to-play I would assume in-app purchases for items for the player’s character and home will be abundant.