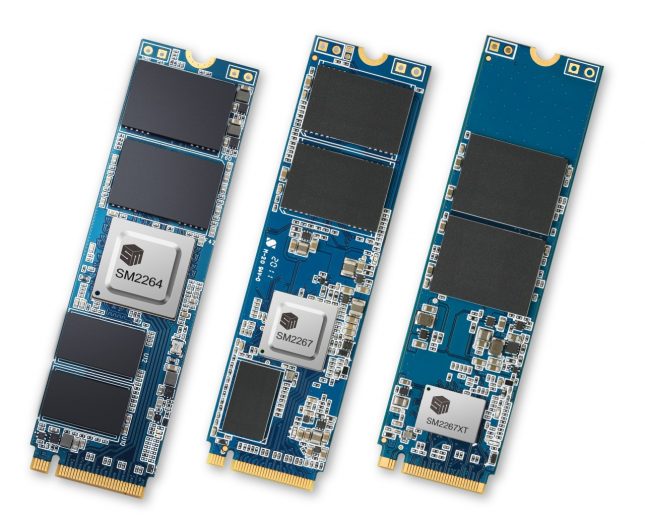 Don Jeanette, Vice President of TrendFocus, commented, Silicon Motion has long been known as a leader in SSD controller technology. The companys new product introductions are well timed as Gen 4 continues to gain traction and will become the standard over the next few years for PCs, game consoles and other client devices.

“PCIe Gen4 brings the next level of performance for SSDs to the market,” said Wallace Kou, President and CEO of Silicon Motion. With todays announcement, Silicon Motions complete line-up of PCIe 4.0 SSD controller solutions meets the requirements of the worlds top PC OEM and SSD manufacturers into the future. Already, our new PCIe Gen4 controllers have been designed into SSDs from leading OEM customers and SM2267 has started volume production.

More information about Silicon Motion SSD controllers can be found at www.siliconmotion.com.

We are the global leader in supplying NAND flash controllers for solid state storage devices and the merchant leader in supplying SSD controllers. We have the broadest portfolio of controller technologies and our controllers are widely used in storage products such as SSDs and eMMC+UFS devices, which are found in data centers, PCs, smartphones, and commercial and industrial applications. We have shipped over six billion NAND controllers in the last ten years, more than any other company in the world. We also supply customized high-performance hyperscale data center and industrial SSD solutions. Our customers include most of the NAND flash vendors, storage device module makers and leading OEMs. For further information on Silicon Motion, visit us at www.siliconmotion.com.