Serious Sam 4 Lands On PC And Stadia In August

One of the more iconic first-person shooter franchises from back in the day is Serious Sam. A new entry in the franchise is coming called Serious Sam 4, and it will land on PC and Stadia in August. Stadia is a strange place for the game to land as an exclusive. A Stadia exclusive is confirmed with the game reportedly delayed on PlayStation 4 and Xbox One for about a year.

Devolver Digital, the publisher for the game, did say that the game would still come to the Xbox One and the PlayStation 4 after the exclusive period is over with Stadia. Serious Sam 4 is the first main game in the franchise since 2011. 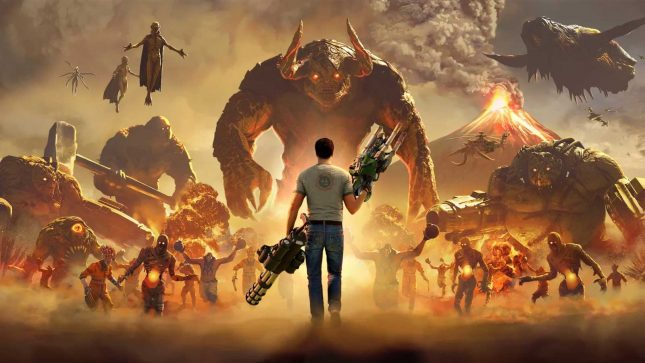 The game was developed by Croteam, and a new trailer has landed the can be seen below. It appears that players can expect essentially the same sort of bizarre enemies that were seen in past entries in the franchise.

One interesting aspect is that the game has a new Legion system promising support for hundreds of thousands of enemies on screen at one time. Fans of the original franchise should get a kick out of the new game. The original games were interesting compared to some of the other titles on the market at the time and were always a ton of fun to play.