The light bulb is a low tech device right? A company called Sengled hopes to change all with with some innovative smart lighting products that are sure to blow you away. Sengled has reinvented the traditional dimmable LED light bulb by incorporating things like Wi-Fi, JBL sound speakers, microphones and even 720p cameras! 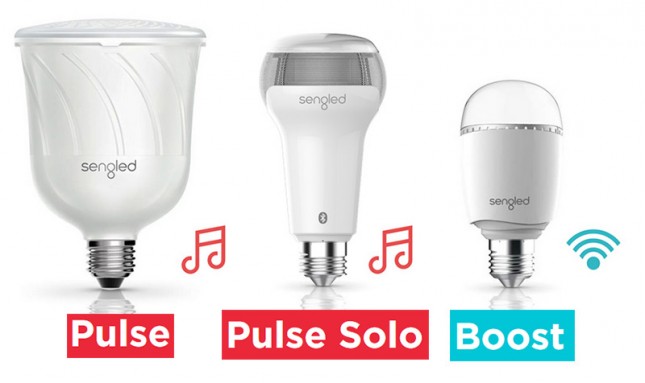 Here is a quick video overview of SENGLED Pulse in action.

At the 2015 Consumer Electronics Show we discovered that SENGLED is showing off Snap. Snap is a PAR38 indoor/outdoor LED lamp that has an integrated 720p camera, microphone and a speaker. SENGLED says that SNAP also supports cloud recording/playback, voice and motion activation, and facial/activity recognition for home security, automation and commercial applications. 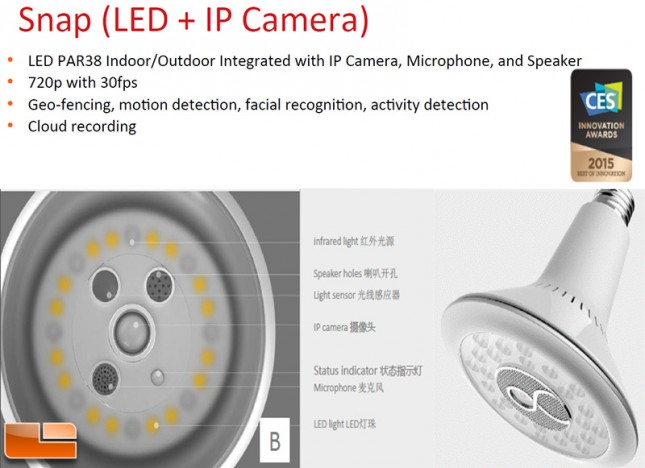 Here are some pictures of the bulb from CES 2015 in Las Vegas taken by Legit Reviews. It looks slightly different than the marketing slide we were provided ahead of the show, so it looks like there were some design changes in recent weeks. We aren’t sure about prices or the release date, but SENGLED has some very cool lighting products coming out that have certainly captured our attention! 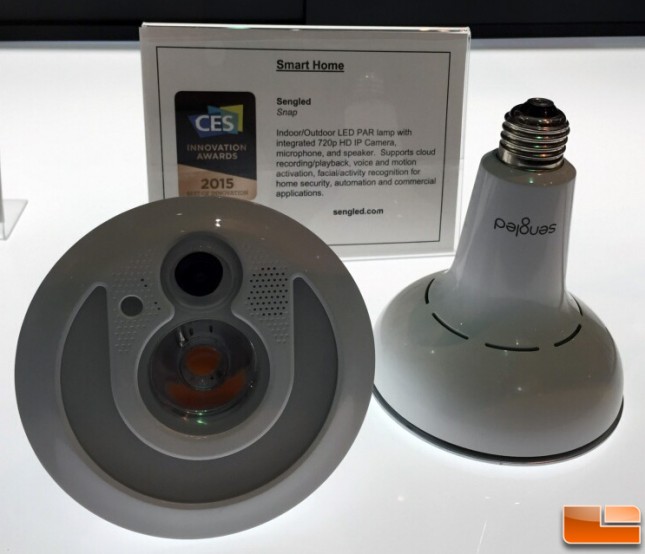 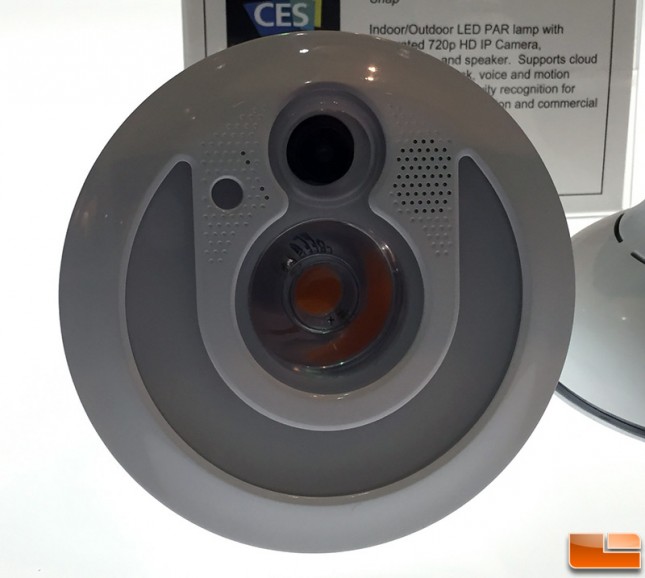