Retro gaming is big business today with many major gaming companies that have been around long enough to have retro titles offering tiny versions of consoles from the heyday of gaming. Nintendo started the trend with its small Nintendo game systems, and many other gaming companies have jumped on the bandwagon. Sega has, in the past, offered a couple of mini gaming consoles such as the Mega Drive Mini in the Game Gear Micro coming down the road.

The company is back with a very cool little retro arcade cabinet complete with its own display called the Astro City Mini. It’s designed to be a little desktop console, and it comes with 36 games preloaded. So far, the entirety of the game catalog hasn’t been confirmed. However, there are some very cool games that retro gamers will get excited about that have been confirmed. 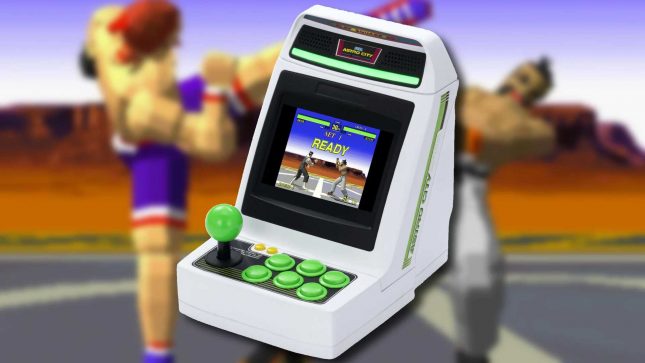 The game out of that list I’m most excited about is Virtua Fighter. I spent many quarters playing that game back in the day. However, I can’t help but wonder how the console will stay in place with all the harsh motions my style of arcade fighting entails. The console has an HDMI out on the back so it can be connected to a TV and USB ports for additional controllers that can be purchased separately. The console will sell for ¥12,800, which is about $120. So far, the arcade cabinet has only been confirmed for Japan.