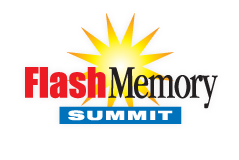 Gentry will be talking in-depth about how hard disk drives (HDD) and solid state drives (SSD) will evolve and jointly solve major issues facing today’s changing storage requirements. The talk will focus on the challenges of deploying HDD and SSD together in massive data centers and meeting the needs of the growing public cloud infrastructures. Major issues addressed will include how to implement these technologies together to handle ever-increasing needs in public clouds, private clouds, massive (mega) websites, and enterprise data centers.

Seagate also will be exhibiting the latest in storage solutions including HDD and SSD technologies at the show and can be found in booth 301 during open exhibit hall hours.

Gary Gentry brings more than 30 years experience in the storage and memory industry. He has worked in various roles in engineering, product line management, marketing, and business development. Gentry spent 20 years in the HDD industry working for Micropolis, Control Data, Seagate, and Maxtor. After leaving the storage industry in 2005, Gentry was one of the founders and CEO of Storage Genetics, a company focused on developing state of the art error correction technologies for NAND flash. Before joining Seagate, Gentry was the general manager of Microns Enterprise SSD division in which he led the development of enterprise SSD. He rejoined Seagate in summer of 2012. Gentry holds a BSEE and a MBA from the University of Tulsa.

Each year, the Flash Memory Summit focuses on the use of Flash throughout the networking space. It address key topics through presenting keynotes, seminars, forums, tutorials, exhibits, and receptions with the aim of encouraging networking and the flow of information among attendees and exhibitors. Registration is at www.flashmemorysummit.com/registration.