With more and more gamers purchasing games that you download rather than games that live on physical discs, storage can be a big issue. No one wants to have to uninstall games they enjoy to install a new game. While the Xbox Series X is expected to have a large internal SSD, everyone knows that internal drive will fill up eventually.

The good news is the Xbox Series X will support third-party external storage cards to expand the storage options. You can bet many storage manufacturers will get in on this market, and Seagate is one of them. The Seagate Storage Expansion Card for Xbox Series X has been revealed, and it is the first third-party external storage option for the console. 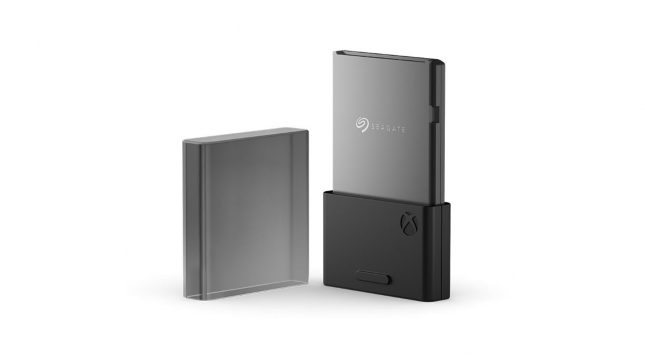 The expansion card is a custom PCIe Gen4x2 NVMe SSD making it very fast. That’s important because one of the big features of the next-generation game console is fast game load times. Storage capacities are unknown, but 1 TB is expected. We certainly hope higher capacity cards will be unveiled with some games pushing 200 GB alone. We want as much storage as we can get.

Microsoft has promised to use decompression and insulation to keep the overall size of the game down. The Xbox Series X live a single storage slot on the back and would prefer to fill it with the largest SSD we can get.