Seagate was showing off the companies pair of Thunderbolt solutions at CES 2012 this week in Las Vegas. The storage devices on display were a pair of the Thunderbolt adapters for the GoFlex Desk and GoFlex Satellite product lines. This means that any owners of those existing product line can now get Thunderbolt capabilities should they choose to.
Many might want to start looking at Thunderbolt for external storage solutions as it uses technology capable of running at speeds of 10Gbps, which just happens to be twice the speed of SuperSpeed USB 3.0 ports. Intel first announced this technology under the name ‘Light Peak’ in case you are curious.
Thunderbolt solutions offer connection speeds that top at 10Gb/s, letting the drive inside finally reach its full potential. 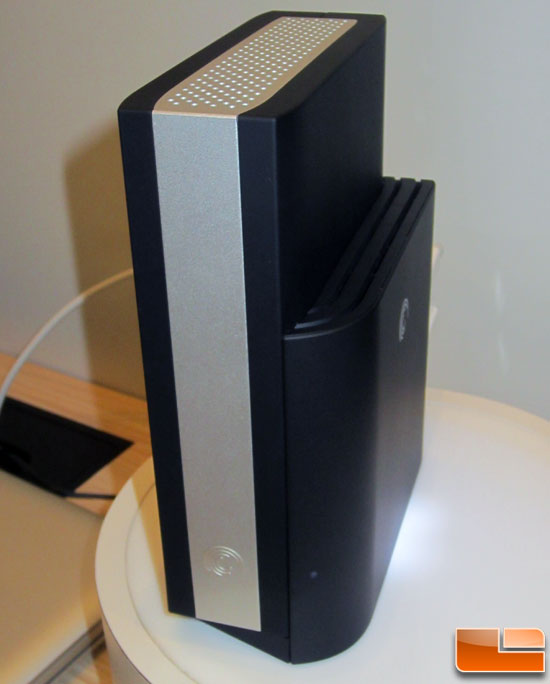 The first drive that we’d like to show you is the Seagate GoFlex Desk on the Thunderbolt adapter. We are told that this solution would cost roughly $189, not including the Thunderbolt cable. These cables run $45 shipped, so just a heads up to all of our readers. 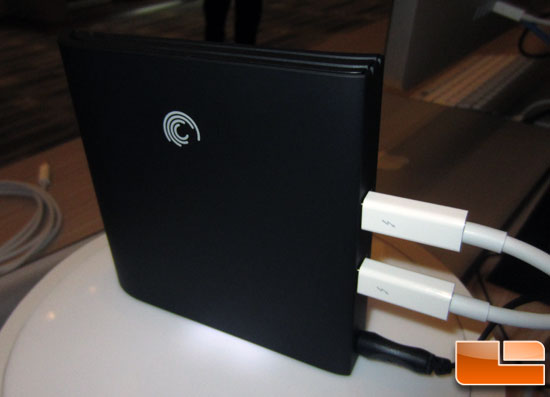 As you can see the Seagate GoFlex Desk adapter has two ports on it, so you can daisy-chain more drives together if you’d like to improve performance and increase storage space. There is a limit though as Seagate informed us that you could daisy-chain no more than six of these drives together. 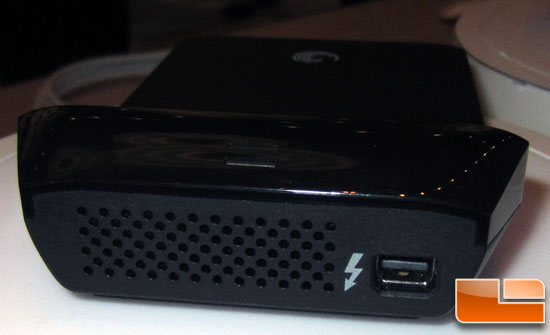 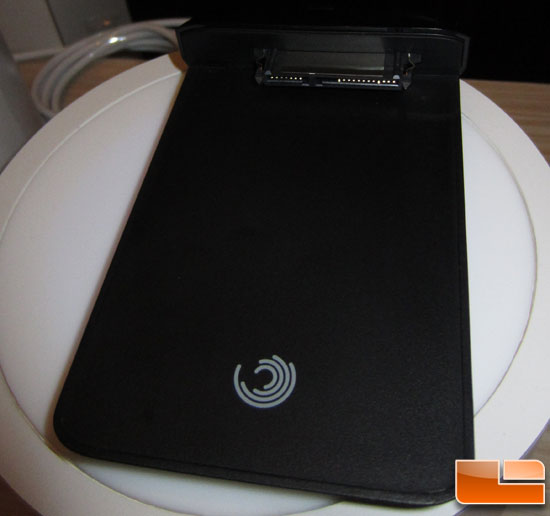 On the other side you’ll find both the SATA power connector and data connector. This adapter uses just bus power, so there is no external power supply cable needed since the Thunderbolt cable provides more than enough for proper operation of a hard drive. Seagate expects the cost to be $99 for the GoFlex Satellite and once again no Thunderbolt cable is included. 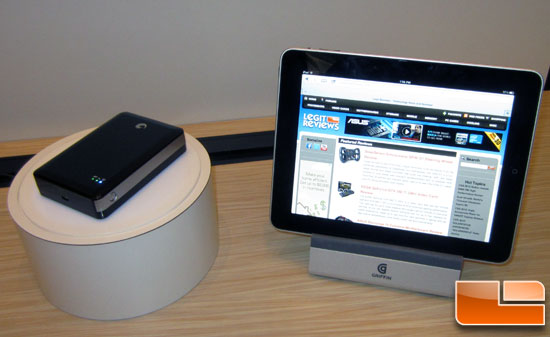 We were also given a hands on demo with the prototype of the Seagate 4G LTE Mobile Wireless Storage device that was worth mentioning. This device will allow users to store over 300 HD movies for all Wi-Fi-enabled iOS and Android phones and tablets that include a browser. Users will then be able to play stored content via streaming to a maximum of three mobile devices thanks to a 802.11 b/g/n Wi-Fi connection. Since the device has 4G LTE service with Verizon you can also download and stream content on the go, which is the main point of this specific storage device. 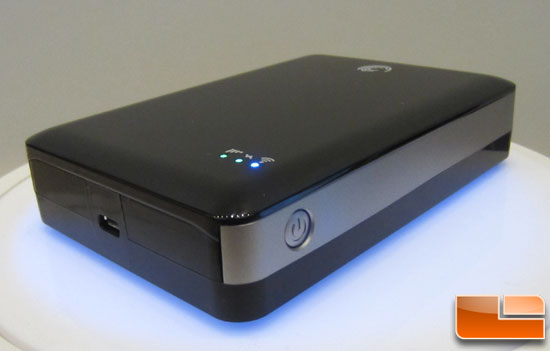 The Seagate 4G LTE Mobile Wireless Storage comes with a rechargeable battery and is said to have up to five hours of battery life. Not a bad little device, but we don’t know availability or pricing right now. Watch the video below to see the device in action.

Thanks for reading and we hope that you are enjoying our CES 2012 coverage!