We wanted to make sure ASUS USB 3.0 Boost was enabled and opened up AI Suite 3 and sure enough the drive showed up as having UASP support. The Seagate Seven correctly showed up as a SCSI Disk Device in Windows 8.1. 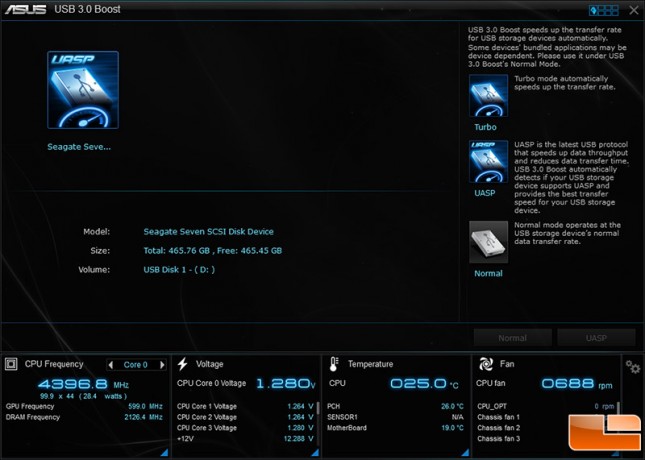 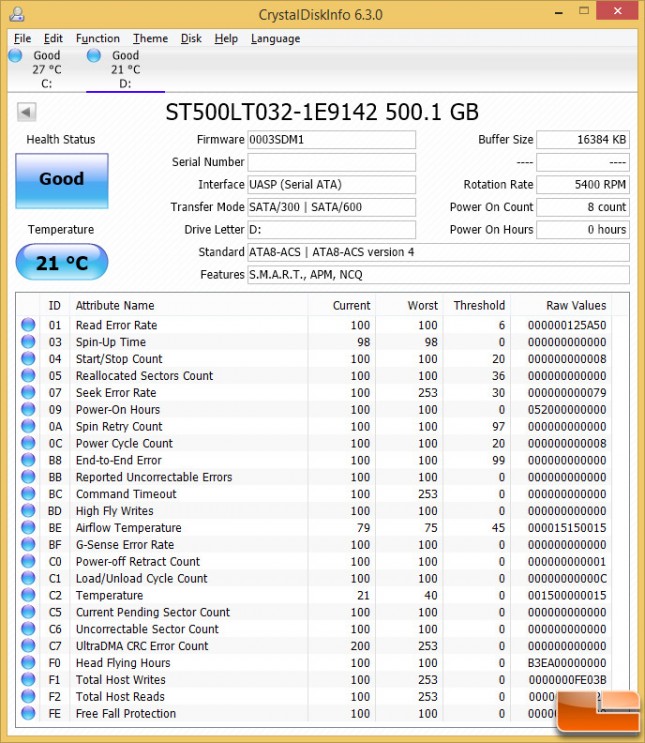