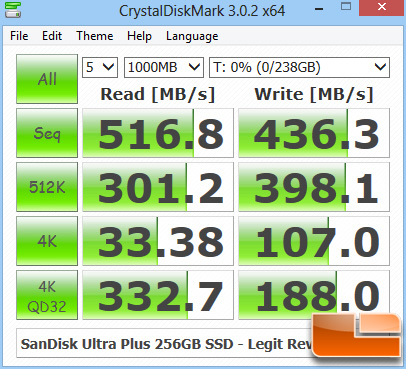 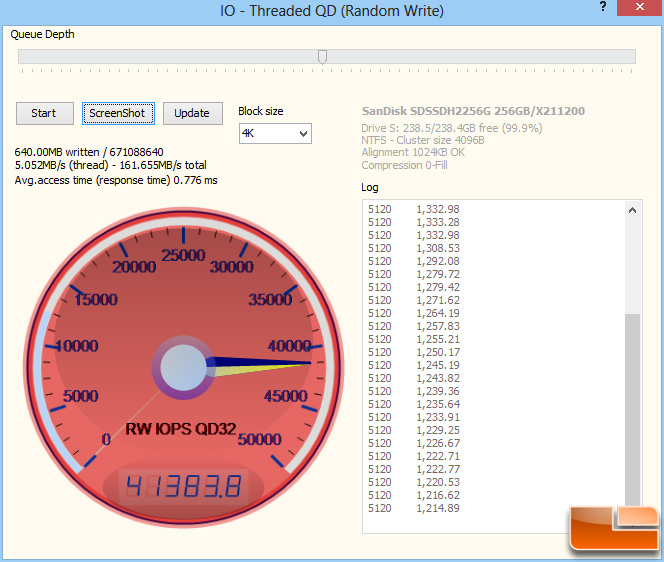 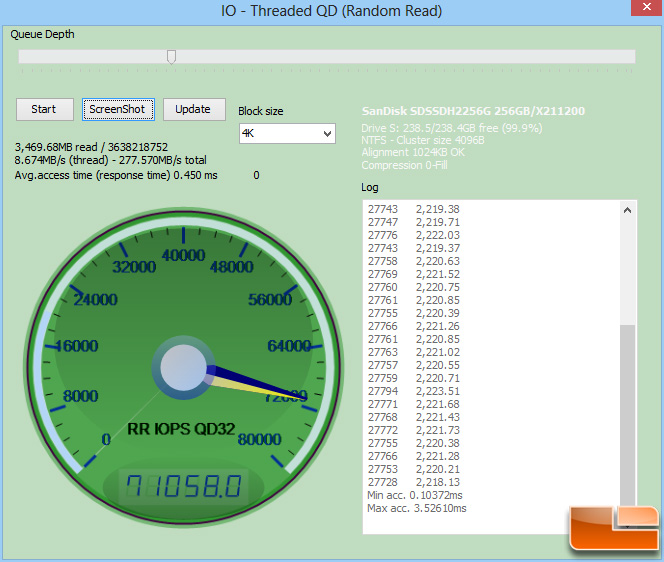 Benchmark Results: IOPS are a good bit below the SanDisk specification of 82k on reads and a little above the 39k specification on writes but overall decent performance. 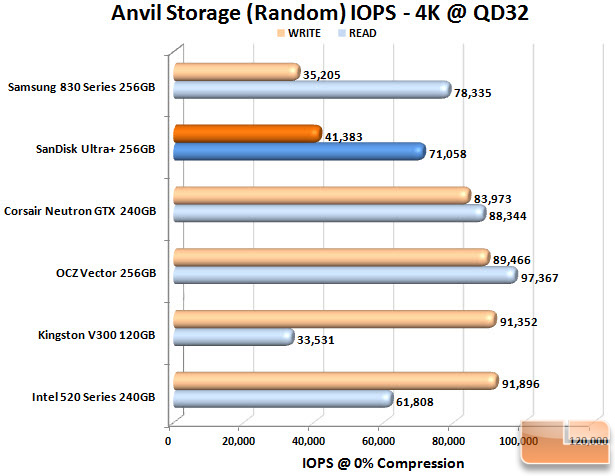