To try out the SanDisk Extreme Pro microSDHC UHS-I 16GB memory card we will us using an Intel Z77 platform with a microSDHC memory card reader using the SuperSpeed USB 3.0 interface. If you would like to know more about this mini-ITX test system you can read an article on how to build it yourself here. We used Intel USB 3.0 driver version 1.0.5.235 for testing. 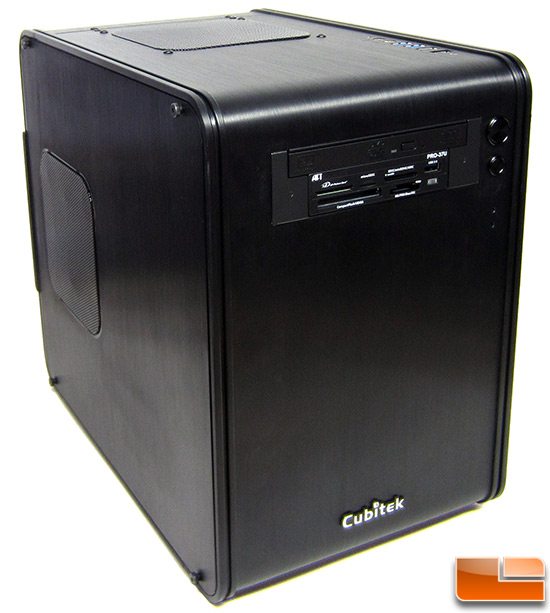 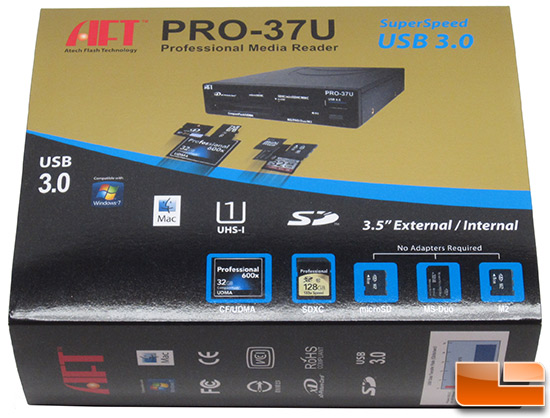 There are not that many 3.5″ internal USB 3.0 media card readers on
the market, but the Atech Flash Technology (AFT) PRO-37U
looks like it fits the bill. This media card reader costs $54.99 plus $5.99 shipping and supports pretty much every memory card format that is popular on the market today without the need of an adapter. The retail box for this reader also shows that this product supports the UHS-1 standard. 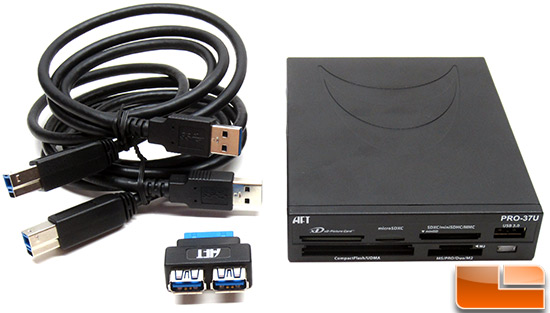 The AFT Pro-37U comes with the media card reader, two USB 3.0 cables,
mounting screws and a USB 3.0 20-pin adapter. The adapter converts two
regular USB 3.0 ports to USB 3.0 20-pin internal headers. This is a high-end memory card reader and perfect for testing out this card. With the media card reader installed in the system we plugged the SanDisk Extreme Pro microSDHC UHS-I 16GB memory card into and ran some benchmarks. 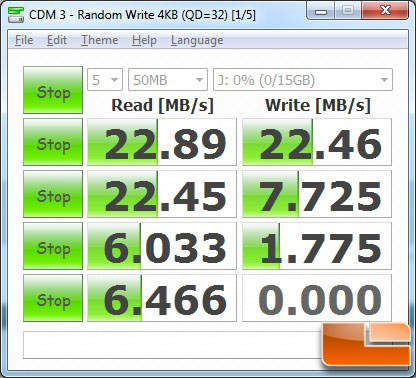 When starting benchmarking we noticed something was extremely wrong as the scores were ~22MB/s read and write and that is far below the rated speeds. We got the same benchmark results on both the Intel and ASMedia USB 3.0 controllers. We also tried different USB 3.0 drivers and were stuck at these slow speeds. Legit Reviews contacted AFT to see why the performance numbers were so low and we were quickly given this answer.

“I
just looked at through the layout and silicon design on PRO37U and discovered the only
way you can achieve the UHS-1 performance is by putting your SanDisk
UHS-1 card into a SD Adapter and run it through the standard SD slot.
The reason is our controller only support one High Speed SD interface
within one USB 3.0 BUS. We decided to set the Ultra High Speed
interface  as the default standard size of SDXC slot.

When connected to USB3.0:

There will be future
upgrades of the controller down the road, but it won’t be available in the market
until late Q4 or possibly Q1 at the CES 2013 trade show.”  – AFT

This means we have to use an adapter on the AFT PRO37U to get the most from a memory card like the one we are testing today. Having to use an adapter on this $60 media card reader to properly run a microSD UHS-1 card is a major disappointment. The reason you buy a USB 3.0 memory card reader like this is so that you do not need to use adapters. We wanted to show you our difficulties as there are likely other media card readers out there that might have some issues with these high-speed cards. 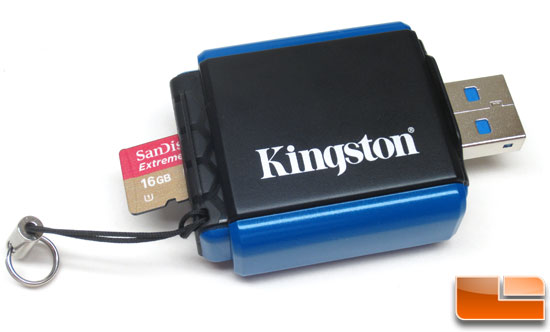 There is only one way to find out, so we got our hands on the Kingston MobileLite G3 and tried the SanDisk Extreme Pro microSDHC UHS-I 16GB memory card out in it. 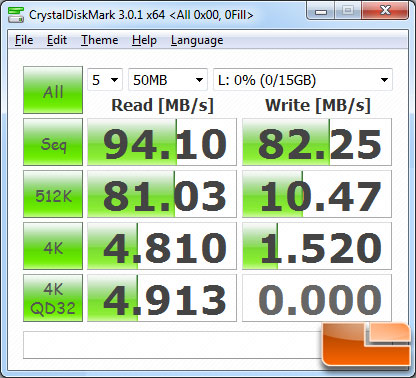 With the SanDisk Extreme Pro microSDHC UHS-I 16GB memory card in the Kingston MobileLite G3 we were getting some great performance numbers! This drive is rated at 95MB/s read and 90MB/s write speeds and we were hitting 94MB/s read and 82MB/s write speeds! These are just shy of the rated speeds and are more inline with what we expected to be getting in the first place! 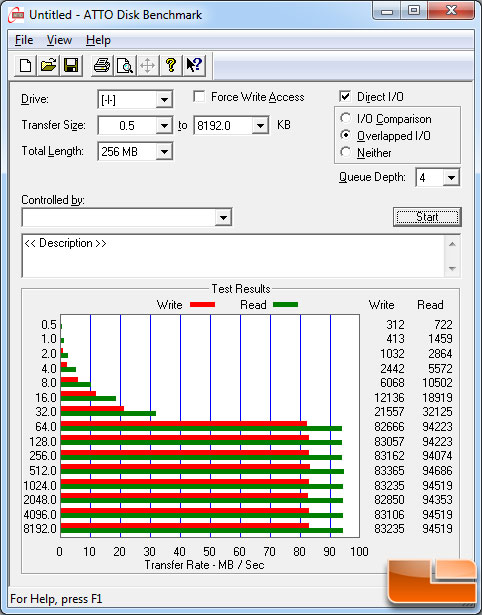 We also ran the ATTO disk benchmark and hit 95MB/s read and 83MB/s write, which just happens to be slightly better than the numbers we saw on CrystalDiskMark. As you can see if you invest in a high-speed card like the SanDisk Extreme Pro you need to make sure that you are using a system with a USB 3.0 port and with a memory card reader that properly supports UHS-I memory cards. 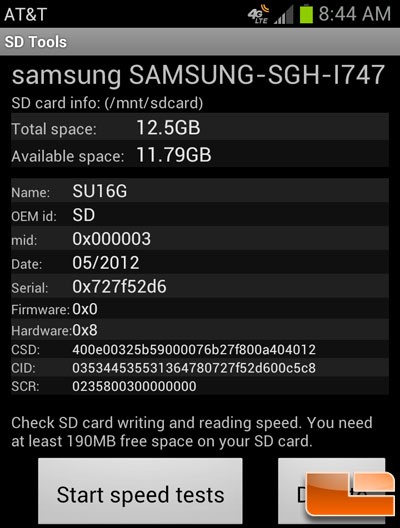 We also wanted to check out the speed on a mobile device, so we fired up the SD Tools v 2.4 App on some Android Smartphones and gave it a shot. As you can see from the screenshot above the App was able to give us the specifics on our memory card in our Samsung Galaxy S III Smartphone. 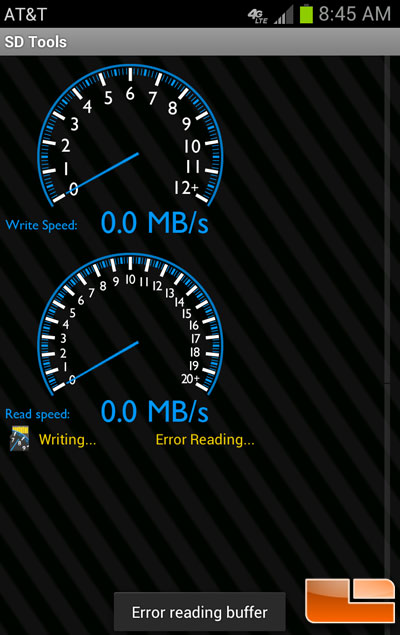 The only problem is the SD Tools App hasn’t been updated since 2011 and does not work properly on any mobile devices that we have here in the test lab. We even tried the old Motorola Atrix and tablets like the Motorola Xoom and ASUS Transformer with no luck. All of these devices run different Android versions and it still didn’t work. If anyone knows of a way to test microSD card speeds on an Android device please e-mail and let us know! 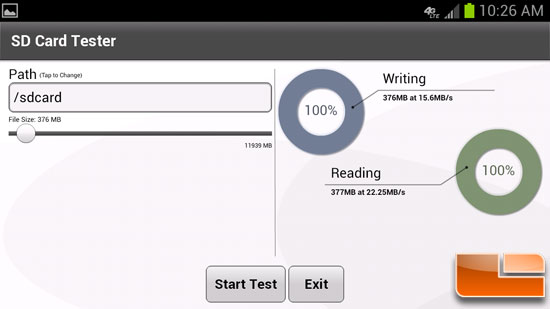 We later tried running the free SD Card Tester v1.0.5 App and found that it worked on the Samsung Galaxy S III Smartphone. With the file size set to 376MB the benchmark showed write speeds at 15.6 MB/s and read speeds at 22.25 MB/s on the smartphone. 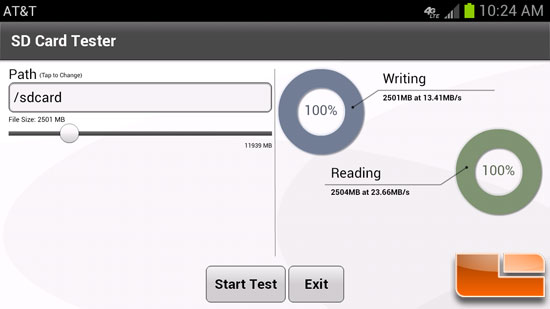 The App says that larger file sizes are better for testing, so we set the file size to 2501 MB and ran the benchmark again. Here we discovered 23.66 MB/s read speeds and 13.41 MB/s write speeds. These speeds are slower than what the SandDisk Extreme Pro are capable of, so the Sasmsung Galaxy S III is clearly causing the bottleneck.

And just to be clear the SanDisk Extreme Pro microSDHC UHS-I 16GB memory card worked great in all the mobile devices that we tried it in. We just couldn’t get the SD Tools benchmark to run.