Samsung has announced that it has started to mass-produce 12Gb LPDDR5 for phones. Samsung is also beginning production of 12GB LPDDR5 packages later this month. Samsung introduced the tech behind the memory last year with a stated goal of providing 5G phones with a fast, energy-efficient RAM that can power machine learning and AI applications.

A 12GB package will include eight 12Gb chips and will allow the transfer of 44GB of data or about 12 full-HD movies in a single second says Samsung. The new chips also consume 30% less power than the older technology chips reports Engadget. 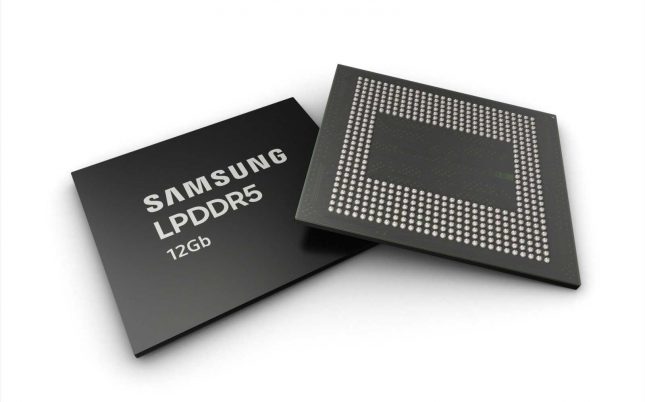 The chips are made specifically to give next-gen flagship phones the ability to fully leverage 5G and AI capabilities like ultra-high-definition video recording and machine learning. The new memory tech will also help with power efficiency.

Samsung’s new 12Gb memory is built on its second-gen 10nm chip. Next on Samsung’s radar is a 16Gb LPDDR5 next year for smartphones with even more advanced features.